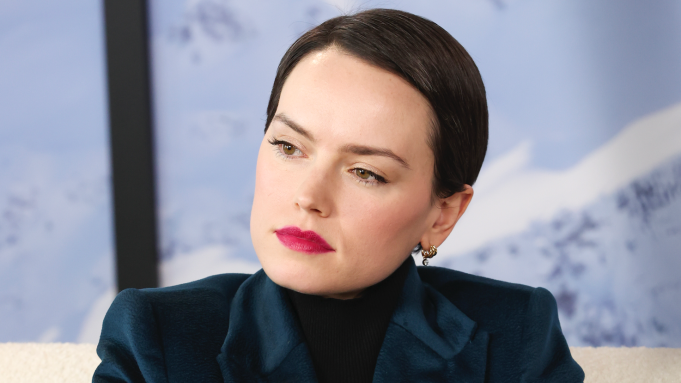 “The world is a crazy place,” Ridley said at the Variety Studio, presented by Audible at Sundance. “It’s important to tune out the stuff.”

Two major upcoming “Star Wars” series on Disney+ are set to spotlight female characters in leading roles. Amandla Stenberg is headlining “The Acolyte,” which boasts Leslye Headland as its showrunner, while Rosario Dawson is reprising her role of Ahsoka in an eponymous series.

“Not just with ‘Star Wars,’ but with everything, you try and be in the moment and enjoy what it is because life moves quickly,” Ridley added. “Amandla Stenberg can handle herself. She’s been working for a long time. I sat next to someone at the ‘Wakanda Forever’ premiere, an executive, and they said [‘The Acolyte’] is amazing.”

Ridley is at Sundance this year with her film “Sometimes I Think About Dying,” in which she plays a depressed cubicle worker whose shaken out of the doldrums of her life by a new office mate.

“I was very nervous,” Ridley said about world premiering the movie in Park City. “I knew we made a good movie, but it was strange. When you know what’s coming, it’s like, ‘How are people going to receive this?’ It was nerve-wracking for me because my storyline is away from the laughs, so I hoped people would still be into it.”