Austin Butler Addresses Elvis Voice: ‘I Don’t Think I Sound Like Him Still,’ but Pieces of Our DNA ‘Will Always Be Linked’ 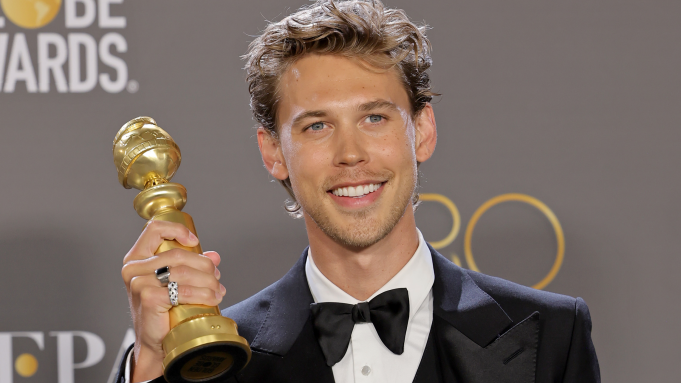 The 2023 Golden Globes was full of memorable moments (Michelle Yeoh refusing to let her acceptance speech be cut short, for instance), but a topic of discussion that continues to baffle the internet is Austin Butler’s voice. Butler won the Globe for actor in a drama film thanks to his turn as Elvis Presley in Baz Luhrmann’s biopic. Social media erupted during his acceptance speech as viewers questioned why Butler still talks with Elvis’ deep, sultry drawl. “Will Austin Butler ever stop talking like Elvis?,” the Today show asked in an article, while the New York Post headlined a piece: “Butler’s ‘cringe’ fake voice at the 2023 Golden Globes called out.”

“It’s hard for me to talk about,” Butler told E! News on the Globes carpet when asked about his voice not being the same after working on “Elvis.” “I can’t really reflect on it too much. I don’t know the difference.”

Butler was asked again about his voice backstage in the press room after he won the Globe. The actor said, “I don’t think I sound like him still, but I guess I must because I hear it a lot.”

“I often liken it to when somebody lives in another country for a long time,” Butler said. “I had three years where [Elvis] was my only focus in life, so I’m sure there’s just pieces of my DNA that will always be linked in that way.”

Butler adopted Method acting techniques in order to play Elvis, fully immersing himself in the character for years of prep work. The actor previously told Variety, “During ‘Elvis,’ I didn’t see my family for about three years. I was prepping with Baz, and then I went to Australia. I had months where I wouldn’t talk to anybody. And when I did, the only thing I was ever thinking about was Elvis. I was speaking in his voice the whole time.”

While the decision has maybe changed his voice, it has also turned him into a Hollywood star. Butler won the Globe and is nominated for best actor at the Critic’s Choice Awards and the Screen Actors Guild Awards. He’s widely expected to nab an Oscar nomination.