Mia Goth Breaks Down Her Iconic ‘I’m a Star’ Meltdown From ‘Pearl’: ‘My Body Always Has Far Better Ideas Than My Head’ 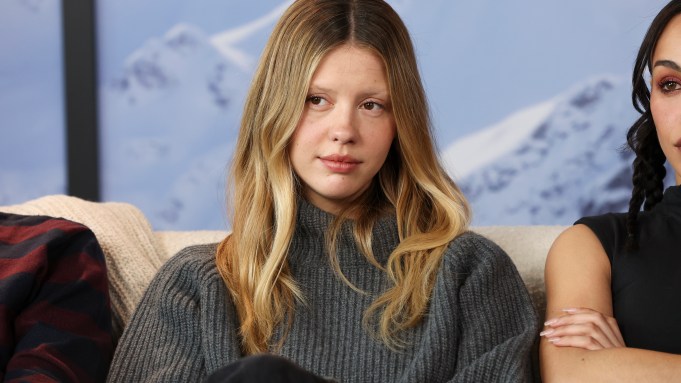 While discussing her new movie “Infinity Pool” at the Variety Studio presented by Audible at Sundance, Mia Goth broke down one of the most-discussed moments from her 2022 film “Pearl.” In the movie, the titular murderous housewife auditions for a church dance competition and breaks down when she learns she didn’t make the cut, hysterically screaming “I’m a star!”

The moment has taken on a life of its own in the months since the film was released, with the clip becoming a popular meme on social media sites like TikTok. Yet Goth said the moment was born on set, without any pre-conception of how she’d play it.

“I knew it was an important moment in the script,” she said. “I didn’t necessarily know how big it was going to be. I don’t really like to think through the scenes in too much detail, to be honest. I do all of my prep, but I honestly think that my body always has far better ideas than my head does. And so I hope that all of the prep that I’ve done and all the work that I’ve done shooting will see me through. So I get to set and I feel it out and I see how it’s going, and that’s what felt appropriate in that moment. It’s an instinctual process.”

Goth also discussed what drew her to “Infinity Pool.”

“It was [director] Brandon [Cronenberg],” she said. “I think Brandon has such a unique point of view to the world in his movies. I love them. I’ve been a fan of his work for a long time, and I really think that Brandon is a real master of his craft.”

Watch Goth talk about the “Pearl” moment below: