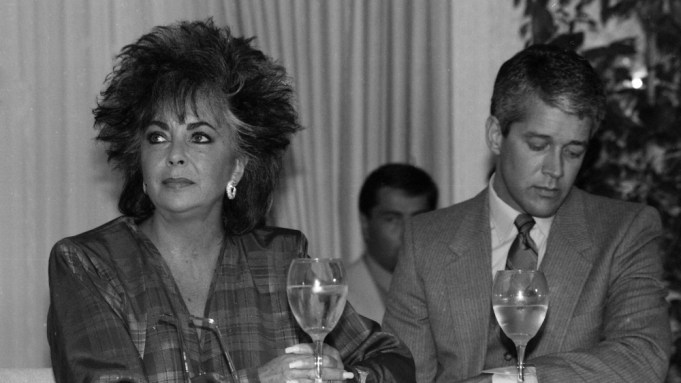 “Commitment to Life,” a new documentary about the early days of the fight against HIV/AIDS in Los Angeles, will have its world premiere next month at the Santa Barbara International Film Festival. Until then, Variety has the exclusive first look at the doc.

In the clip above, Elizabeth Taylor is featured speaking at the first Commitment to Life gala in 1985. It was the first major fundraiser for AIDS Project Los Angeles (APLA).

“All we can do at this point is help our friends who have AIDS and the only way can do that is by doing what you’re doing by giving — giving by support, money and love,” the late Hollywood legend said before a packed audience. The event also included appearances by Cher, Stevie Wonder, Sammy Davis Jr., Carol Burnett, Burt Reynolds, Cindy Lauper, Rod Stewart and Jane Seymour.

“That evening was amazing because all of these big famous people were coming to say, ‘We see you,’” writer Bruce Vilanch says in the doc. “That hadn’t happened. That was the first time that happened.”

Former APLA executive director Bill Misenhimer recalls how ticket sales soared after it was reported that Rock Hudson’s cause of death was AIDS-related illnesses. “Rock Hudson put a face to the disease for the world, and that was invaluable in helping us move along the idea that everybody needs to be concerned about this,” he says.

APLA Health announced in December 2021 that production had begun on “Commitment to Life.” The film, directed by Jeffrey Schwarz (“Tab Hunter Confidential” and “I Am Divine”) also touches upon the making of the Oscar-winning movie “Philadelphia,” about the creation of the red ribbon and the start of the local ACT UP chapter and APLA.

“Commitment to Life” is produced by APLA Health and Automat Pictures. Ron Sylvester is the executive producer, while Aimée Flaherty serves as the producer.

The film will premiere at SBIFF on Feb. 11.