Continue to Variety SKIP AD
You will be redirected back to your article in seconds
Sep 13, 2022 12:19pm PT 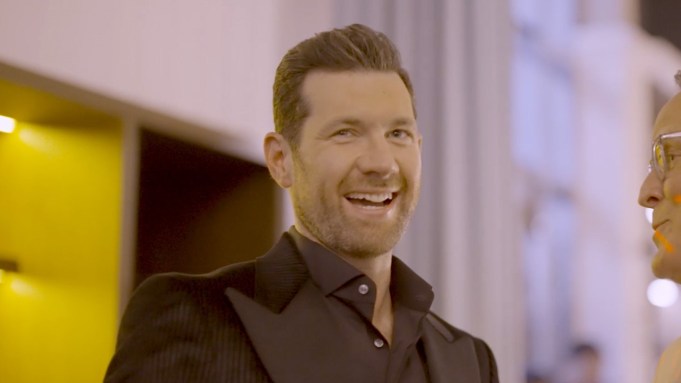 “Bros” co-writer and star Billy Eichner had sincere words to share about his upcoming romantic comedy at the Variety Cover Party at TIFF sponsored by Skyy Vodka.

“I could have never imagined in a million years that we would have been able to premiere in such a spectacular way,” Eichner said about the buzz behind the film leading up to its release. “Thank you to everyone at Variety, this feature really was the most beautiful, accurate thing that’s ever been written about me.”

In a lengthy interview with Variety, Eichner discussed the film’s entirely LGBTQ cast along with the many distinctive ways in which his personal life has influenced the development of the movie’s characters and plot lines. “I’ve worked so hard on it, I care so much about it, and I want it to do well for the sake of the LGBTQ stories getting greenlit,” he told Variety‘s Brent Lang. “So there’s a burden I feel, much as I want to sit here and just talk about how funny the movie is.”

The film follows Bobby, played by Eichner, a work-obsessed podcaster and museum head that inexplicably falls for a hyper-masculine lawyer described as his polar opposite named Aaron, played by Luke Macfarlane. Eichner said his character was heavily inspired by Holly Hunter’s Jane Craig in the 1987 romcom “Broadcast News.”