“Bad Vegan: Fame. Fraud. Fugitives” is the latest documentary from Chris Smith, the director of “Fyre: The Greatest Party That Never Happened” and “100 Foot Wave,” and an executive producer of “Tiger King.” The four-part Netflix docuseries, which Smith executive produced and directed, explores how New York City celebrity restaurateur Sarma Melngailis went from being the queen of vegan cuisine to fugitive on the run. In 2011, Melngailis – owner of Manhattan’s Pure Food and Wine – began draining the restaurant’s funds and funneling the money to Shane Fox, a con man. Fox convinced Melngalis that he could make her pet pitbull terrier immortal if she obeyed his every request without question. After stealing nearly $2 million from the restaurant and its staff, Melngalis and Fox were found holed up in a Tennessee motel by law enforcement. Their undoing? A charge made under Fox’s real name, Anthony Strangis, for a Domino’s pizza.

“Bad Vegan” is stylistically Smith’s, in that he takes a story that on the surface seems solely superficial and salacious and puts a human face on it. His compassionate yet humorous techniques — combined with the fame, beauty and money inherently tied to Melngailis’ outlandish story — makes “Bad Vegan” appear to be destined to be a watercooler hit.

What drew you to this story?

Chris Smith: I was out to dinner with a friend who said that Mark Emms, who is the series’ executive producer, was coming to town because he had access to Sarma and her materials and wanted to make a documentary. I didn’t know what to make of it. I was a fan of Pure Food and Wine. I had gone to the restaurant; I had bought the cookbooks. I had bought a dehydrator and tried to make the food at home. When the news broke, it was just inconceivable how Sarma had gone from this celebrity vegan chef to being arrested in a motel room in Tennessee. I thought if we can help the audience understand how she went from point A to point B that in and of itself would be a feat. 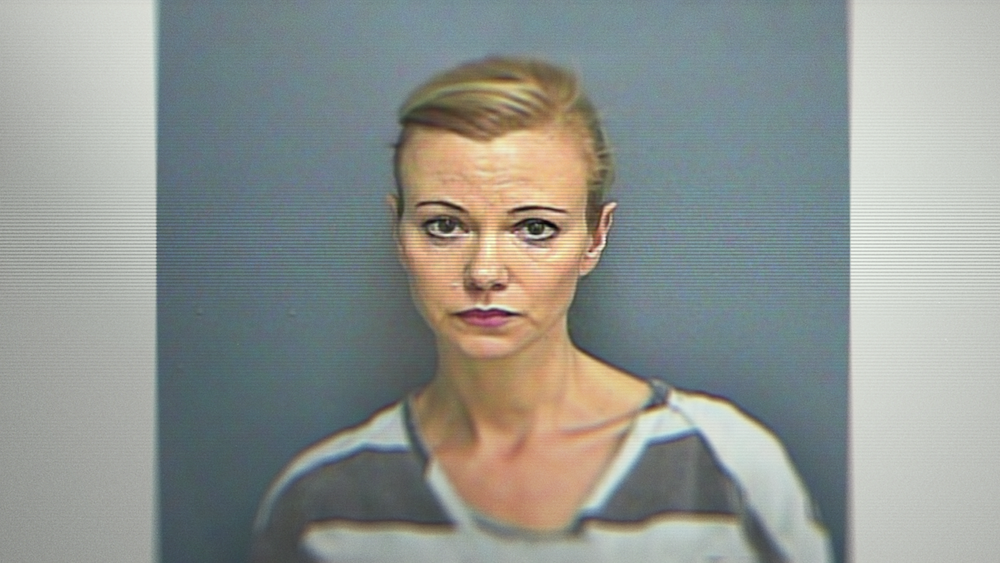 You have said that initially you were skeptical about turning Melngailis’ story into a doc. But, at least on paper, it has all the key ingredients for a good con movie. Why the initial hesitation?

Smith: In hindsight, I don’t know. It feels very obvious like most things in hindsight, but I wasn’t convinced. I didn’t know the details. It wasn’t until we sat down and did an eight-hour interview with Sarma and we started to peel back the layers of the onion in the sense of what actually transpired, that’s when the story started to reveal itself to me in terms of the nuance of the journey she had gone on. In that interview, it became very apparent that there was a bigger story here. It was hard to really assess until we had done that first interview.

Shane Fox/ Anthony Strangis declined to be interviewed. When he said no, was there any hesitation about making the series because you wouldn’t get to hear his side of the story?

Smith: No. Sarma’s story was equally as valid as his. Obviously, it would have been nice to have gotten his perspective, but it wasn’t something we felt would preclude us from being able to make the series because you’re living in Sarma’s world and you’re going on the journey from her perspective.

It’s hard to understand why Melngailis made some of the choices she made when she was with Fox. By telling her story, are you hoping to validate her experience?

Smith: My goal with projects is never to try to tell the audience what to think. This project is very much like a Rorschach test. I feel like different people see it in different ways and they come away with different conclusions. That was one of the things that was most fascinating to us in making the series. I had endless conversations with my producers trying to come to some understanding of what happened and why. We felt like if we could replicate that — the journey that we were going through as filmmakers — and communicate that to the audience, that that would be something that would be very thought provoking.

The series is about a serious crime, but there are scenes and interviews that are really funny. Was it difficult to strike that balance?

Smith: Even in the darkest of times there can be lightness or humor. That’s just part of life. For me and [my team] we are always trying to do something that feels respectful, but is a reflection of the human experience.

Smith: It’s not a conscious decision. I’m a very simple person that just follows an instinct of, “Does this seem interesting to me? Do I want to learn more? Am I curious about this person or this story?” Because these projects take a long time and you dedicate a lot of your life to trying to tell them.

You are very in tune with the zeitgeist.

Smith: Well, I made 15 years of movies that nobody saw. So, I feel like I’ve been on both sides of the coin.

Currently there are a lot of programs out there about con artists like “The Tinder Swindler,” “Inventing Anna” and “Trust No One: The Hunt for the Crypto King.” Why do you think our culture is so drawn to stories about con artists?

Smith: They are stories that are intriguing on a human level that we’re curious as to how these things come to be and how they unfold. How does somebody become involved in creating a con, and how does somebody end up falling prey to one? It’s funny, because when we started this project two and a half years ago, we had no idea that this would be something that would be part of the zeitgeist.

How did you decide on making the docuseries four episodes?

Smith: We actually started this project as a feature. But over time, it started to expand in ways that we thought helped [the audience] understand the journey that Sarma went on. If we had done a shorter version, it would have been difficult to understand all the things that happened that allowed the greater story to take place.

Video footage, pictures and audio recordings from Fox’s phone are used throughout “Bad Vegan.” How did you obtain those materials?

Ryann Fraser: Those all came from his cell phone, which was seized when [Fox and Melngailis] were arrested. It was one of the things that Sarma provided to us over time. That wasn’t something that she just initially handed over. But we got to a place of sharing as much as possible.

How does she feel about the series?

Fraser: I watched it with her last week for the first time. She’s in an OK spot. Of course, she’s worried, but I think that she is OK with it. It’s a complicated story, and she also understands that.