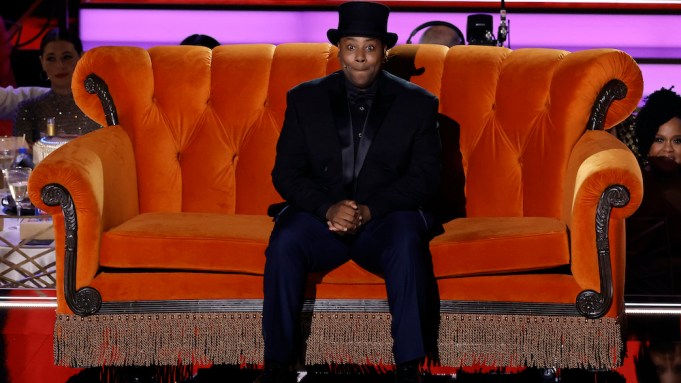 The Nielsen data for the 2022 Emmys on NBC is in and its not looking good for TV’s biggest night.

The awards show was down 25% from last year in total viewers and hit a new record low in ratings.

On Monday, the Kenan Thompson-hosted 74th Emmy Awards had a 1.0 rating among adults 18-49, the lowest-ever key demo stat for the Emmys. The previous record low was set by the 2020 show, which aired on ABC, and settled for a 1.3 rating. The following year, the Emmys rebounded to a 1.9.

Last night’s show drew 5.9 million total viewers compared with last year’s outing on CBS, which netted 7.9 million. That’s a new low and in stark contrast to the 2021 show, which marked a reversal in the Emmys’ steady decline in audience size. Last year’s Emmys saw a 16% gain of viewership over 2020’s historic drop-off of 12% with 6.37 million viewers.

This year’s top Emmy winners included HBO’s “Succession” for drama, Apple TV+’s “Ted Lasso” for comedy and HBO’s “The White Lotus” for anthology series. The No. 1 network for the 2022 Emmys was HBO/HBO Max with 38 wins.

Produced by Done+Dusted in association with Hudlin Entertainment and directed by Hamish Hamilton, the Emmys were broadcast from the Microsoft Theater in Los Angeles.