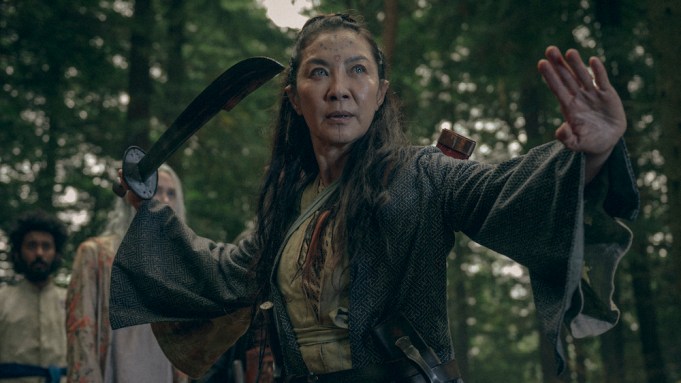 Netflix will unveil a new chapter of “The Witcher” saga Christmas Day with the release of prequel story “Blood Origin.” Ahead of the full release of the first season, Variety has an exclusive look at an action-packed scene from the fantasy epic starring Sophia Brown and Michelle Yeoh.

In the clip above, Brown’s character Éile is gazing at a “beautiful” glowing creature poking out of a pond, only to find that part is just the tip of a horrifying anglerfish-insect-like monster that brings its snapping jaw filled with thousands of teeth right for Éile and her companions, including Yeoh’s Scian, who is already in a battle stance in preparation for a fight.

Per Netflix’s description for “Blood Origin,” which is a prequel to the streamer’s Henry Cavill-led “Witcher” adaptation, “Set in an elven world 1200 years before the world of ‘The Witcher,’ ‘Blood Origin’ tells a story lost to time — one of seven outcasts who unite against an unstoppable power that took everything from them. Their blood quest giving rise to a prototype Witcher in a conflict that brings about the ‘conjunction of the spheres,’ when the worlds of monsters, men, and elves merged to become one.”

The series, which will launch Dec. 25, is showrun by Declan De Barra with “The Witcher” showrunner Lauren Schmidt Hissrich executive producing.

“Blood Origin” is one of multiple big end-of-year titles Netflix is rolling out to close 2022, which you can read about in Variety‘s interview with Netflix’s head of UCAN scripted Peter Friedlander.