Will Smith Voices Support for David Ayer Cut of ‘Suicide Squad’ on ‘Bel-Air’ Red Carpet: ‘I Love What Was Created’ 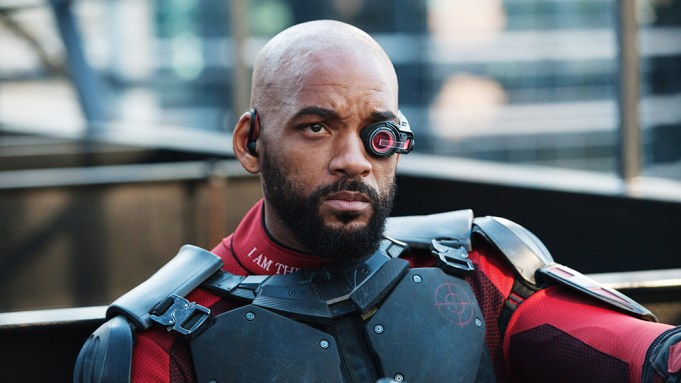 It’s been nearly six years since Will Smith suited up as Deadshot in Warner Bros.’ “Suicide Squad.” Although the star hasn’t returned to DC films since, he supports the idea that a director’s cut of David Ayer’s supervillain team-up movie should be released to the public.

“Let me tell you, there’s a whole lot that stayed on the floor for ‘Suicide Squad,” Will Smith told Variety’s Marc Malkin on the red carpet for “Bel-Air.” “I’m into it. I love that world. I love what was created in both versions. I absolutely would love to [see it].”

After “Suicide Squad” received widely negative reviews from fans and critics, many have since speculated on the possibility of a different version of the film being released. Since 2016, Ayer has been vocal about how his original vision of the film differed from the final cut.

Will Smith wants to #ReleaseTheAyerCut: "There's a whole lot that stayed on the floor for #SuicideSquad. I'm into it. I'd love to see it. I love that world. I love what was created in both versions. I absolutely would love to." https://t.co/2IWLkZaRBf pic.twitter.com/Xy4cxcX7fG

Although some time has passed since Smith became a comic book antihero, it’s been even more years since he found his landmark turn on the ’90s sitcom “The Fresh Prince of Bel-Air.” The NBC series launched Smith to stardom, putting the actor on the path to becoming a blockbuster mainstay and four-time Oscar nominee, including two this year in best picture and best actor for “King Richard.”

Now, Smith is passing the “Fresh Prince” torch on to Jabari Banks for “Bel-Air,” a Peacock series that reboots the ’90s sitcom with a dramatic flair, ditching jokes for a more serious portrayal of a young Black man who relocates from West Philadelphia to the luxurious Los Angeles neighborhood. Banks plays Will, Smith’s lead role in the original sitcom.

“This pilot, what people are about to see, this thing is so amazing to me,” Smith said on the carpet. “I vowed we would never touch ‘Fresh Prince of Bel-Air…’ You leave certain things alone. But when [creator Morgan Cooper] came up with the idea of the dramatic version [it created] the opening up of new ideas with meat on the bone that we would be able to address. I got very excited about it.”

The original Fresh Prince first provided his seal of approval on the concept of “Bel-Air” through a video on his YouTube channel in which Smith watched Cooper’s viral concept video for the series. “This is the first time that I heard something, I was like, ‘Yo, that’s an idea that is brilliant,’” Smith said.

Surprise performance by #WillSmith at the #Belair premiere. pic.twitter.com/7qcn5nQEuT

“Bel-Air” will debut its first three episodes on NBCUniversal’s streaming service Peacock on Sunday, with subsequent new episodes released on a weekly basis.

Smith said the premiere served as a celebration for his “King Richard” Oscar nominations. Variety also asked him about fellow best actor nominee Andrew Garfield’s suggestion that they open the Academy Awards telecast with a duet performance of “Welcome to Miami.” “I think I might do that!” Smith said. “He’s a real musician. I would consider that! That sounds like fun.”