‘The Book of Queer’ to Premiere on Discovery+ in June, Sets Dominique Jackson, Alex Newell, Leslie Jordan as Narrators (EXCLUSIVE) 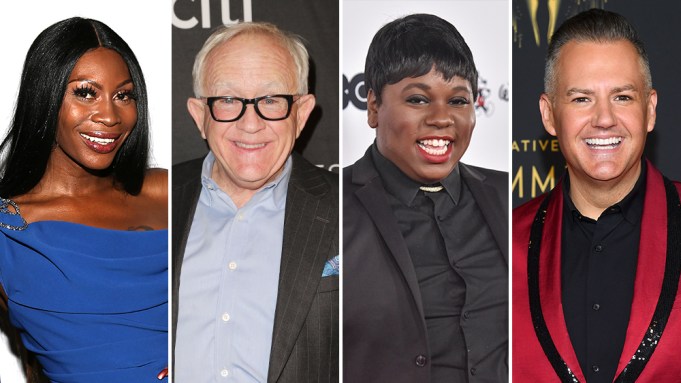 Dominique Jackson, Alex Newell, Leslie Jordan and Ross Mathews will be celebrating Pride Month with Discovery+ this year. The four have been announced as guest narrators for the upcoming docuseries “The Book of Queer,” set to launch on the streaming service June 2.

The upcoming special event series — which has its first-look featurette above —will feature five episodes, each of which tells the story of multiple historic and groundbreaking queer individuals throughout history. The subjects of the episodes span people that have lived across thousands of years, and include politicians, artists, activists, scientists and world leaders. Some of the names include: ancient Greek poet Sappho, Alexander the Great, King James, Joan of Arc, Akhenaten, Lenardo Da Vinci, Michelangelo, Alan Turning, Josephine Baker, Stormé DeLarverie, Sylvia Rivera, Eleanor Roosevelt, Gilbert Baker, Harvey Milk, Marsha P. Johnson, Ma Rainey and Bayard Rustin.

Jackson, Newell, Jordan and Mathews join previously announced Margaret Cho in narrating a single episode of the series, providing a bridge between the segments. In addition, each episode will culminate in an original song and music video from an openly queer artist, including Betty Who, Vincint, Shawnee Kish, Mila Jam and Kaleena Zanders.

“To celebrate the LGBTQ+ community, we are setting the historical record straight and introducing ‘The Book of Queer’ right at the top of Pride Month,” Howard Lee, president of TLC streaming and network originals, said in a statement. “We couldn’t be any more excited to have Margaret Cho, Leslie Jordan, Dominique Jackson, Alex Newell, Ross Matthews as well as an impressive and talented group of historians, actors and musicians spilling the tea alongside us.”

“The Book of Queer” will stream weekly every Thursday throughout June. View first-look images and a complete list of episodes below.