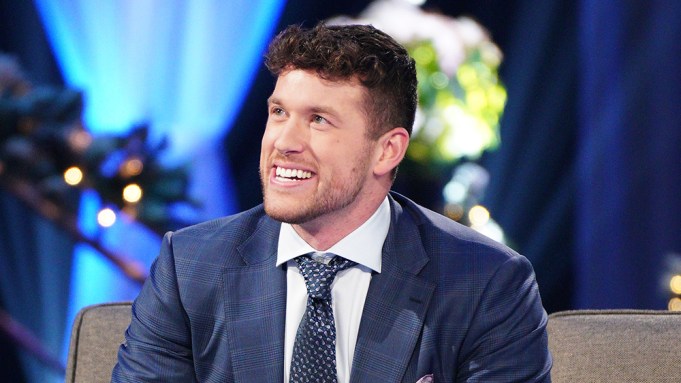 “The Bachelor” returns with a brand new season tonight with both a new star and host.

Leading man Clayton Echard will be guided by the show’s new host, ESPN sports commentator Jesse Palmer, the former football player who also happens to be the former star of “The Bachelor” Season 5, which aired in 2004.

The season marks the first without veteran host Chris Harrison, who departed the franchise last year amid controversy with a $9 million payout, Variety previously revealed.

“Jesse, he’s like a big brother to me. We have such a good bond,” Echard, the franchise’s newest star, tells Variety, previewing his dramatic season.

Echard is also a former football player, having briefly been in the NFL with the Seattle Seahawks after he played at the University of Missouri, as a walk-on, ultimately guiding the team to back-to-back SEC championship games and a national top ten ranking. The Midwesterner currently works in medical sales and is embarking on his M.B.A. with hopes of starting his own business — well, this was all before he was cast to star in one of the biggest reality franchises in TV history.

Echard was first introduced to America on Michelle Young’s season of “The Bachelorette,” which wrapped up its finale in December. Echard was sent home towards the end of Young’s season and was left heartbroken.

A recent promo for the new season promises tons of drama. Echard tells three women he loves them. He also admits to being intimate with multiple women.

“Just give me a shot,” Echard tells Variety with a big smile, teasing what’s to come. “Wait and see — I promise you’ll have the answers you’re looking for.”

Here, Echard talks to Variety about being selected as “The Bachelor” and what to expect from his season…

At what point were you officially asked to be “The Bachelor?”

It was shortly after my departure. And it was enough time for me to be able to rethink back to everything that happened [and] take time to myself to heal from that and be able to say, “Okay, am I ready to jump back into this?” It was relatively quick, but enough [time passed] where I was able to also conceptualize all those feelings and then be able to move on.

We all saw how your journey played out with Michelle. You cried on national TV and you obviously had a lot of heartbreak. Did you have any concerns about it being too soon?

You know, I did watch it back and I realized that she had very strong connections with the other men. That was apparent, as I watched it back. I realized that, while I did open up, I was slower to open up than others… I’m afraid to open up too much and to be heartbroken in a way… then [to] get over it quicker. It was a life lesson for me that I was like, “You can’t hold back… if you feel a certain way, you just have to allow yourself to get to that place.” And then I was able to take time… I’m ready to do this new thing.

So, you watched back your screen-time on Michelle’s season and there were a lot of emotions. Are you ready to see an entire season starring yourself? Is there any way that you can even prepare yourself for that level of the spotlight?

I don’t know if there’s really any way to prepare for any of this. You really can’t talk to many people that have went through it and it’s just a first-time experience all the way around. I know that watching my whole journey will be wild. It’s gonna be crazy to see it.

Did you get any advice from Michelle on what it’s like to be in the starring role?

I was able to speak with some “Bachelor” alumni on my journey. They gave me great advice because these are people that have been through it before. I’m really excited for everyone to see who those individuals were because their advice really helped shape the way that I did approach some scenarios.

Someone who went through the experience is Jesse Palmer, who is now the host. What was it like working with him and being side-by-side with someone who was formerly a star of “The Bachelor?”

We’re always talking back and forth, whether it’s text or whatever. He really just took me under his wing… And he’s a former football player, like we had so many similarities and that trust was built so quickly. I’m glad that I was able to confide in him early on because that man definitely kept me sane throughout my journey.

The promo for your season is crazy. You break the rules! You tell multiple women that you love them. What’s up with that, Clayton?

Well, for one, uhhh, breaking the rules, I was just going about it the way that I thought was best. I’m someone who’s very transparent. I always feel that whenever there’s an issue that arises, I like to attack it head on. Yeah, people are seeing these promos and it’s very shocking, and I know a lot of people have questions and are making inferences from it. I get that. Everyone’s talking and they want to know what’s going on, but a lot of that will be answered once the show airs. It was a lot and I think there’s a lot to unpack. People are all asking, friends and family, “What were you thinking?”