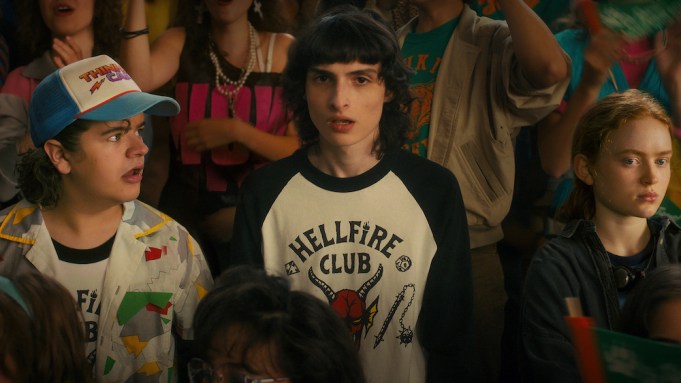 “Stranger Things” creators Matt and Ross Duffer, aka the Duffer brothers, were being quite sincere when they teased ideas for expanding the show’s universe in a February letter to fans announcing the end of the Netflix show.

The Duffers actually do have an idea for a spinoff series to follow the conclusion of the story of Eleven (Millie Bobby Brown), Mike (Finn Wolfhard), Hopper (David Harbour), Joyce (Winona Ryder) and the rest of the Upside Down crew — and only one person outside of the duo knows what it is.

“We do have an idea for a spinoff that we’re super excited about … but we haven’t told anyone the idea yet, much less written it,” the Duffer brothers wrote in an emailed interview with Variety last week. “We think everyone — including Netflix — will be surprised when they hear the concept, because it’s very, very different. But somehow Finn Wolfhard — who is one crazy smart kid — correctly guessed what it was going to be about. But aside from Finn, no one else knows!”

It might be a while until the Duffers clue anyone else into their plans, seeing as they have the launch of the first volume of “Stranger Things 4” this Friday, the debut of the final two episodes of the season coming in July, and then need to write and produce the fifth and final season of “Stranger Things.” Though there’s a good chance they will be bothered about the spinoff idea that whole way through, seeing as they planted the idea in fans’ heads with plenty of advanced warning and time to theorize.

“There are still many more exciting stories to tell within the world of ‘Stranger Things’; new mysteries, new adventures, new unexpected heroes,” the Duffers wrote in a Feb. 17 post on Netflix’s blog that announced the split of “Stranger Things 4” and the fact that the fifth season would be its final. “But first we hope that you stay with us as we finish this tale of a powerful girl named Eleven and her brave friends, of a broken police chief and a ferocious mom, of a small town called Hawkins and an alternate dimension known only as the Upside Down. As always, we are grateful for your patience and support.”