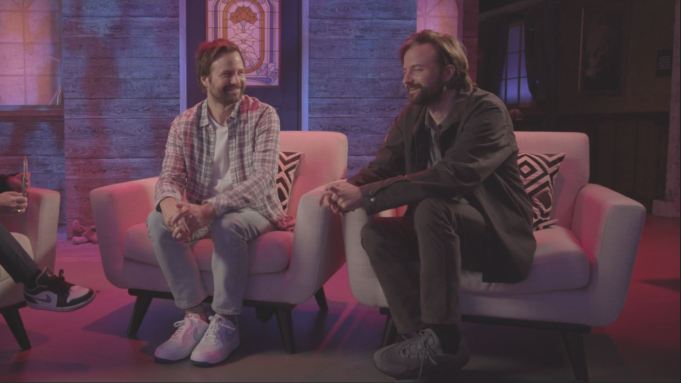 The fourth season of Netflix’s “Stranger Things” has been unlike its previous seasons both in tone (this time, it’s full horror) and the length of the show’s episodes (the finale, one of the two Volume 2 episodes premiering on July 1, will be two-and-a-half hours). But according to Matt and Ross Duffer — collectively known as the Duffer brothers — they had no other choice.

In an interview for Variety’s Showrunners Sitdown With Kate Aurthur presented by FX, the Duffer Brothers said that because of how “Stranger Things 4” was structured, with its four distinct storylines, “If you look at one of the episodes — like, you couldn’t cut it out 15 minutes early,” Matt Duffer said.

Ross Duffer cited the finale as an example: “Reel one is build-up dread. Reel two is action, chaos. And then, reel three is our traditional coda, come down after all of that. You didn’t really want to break it after just the build-up. It wouldn’t feel like a satisfying episode. So, at a certain point we just said, ‘Well, it’s just a mega episode.’ If someone wants to pause it, they can!”

And yes, Netflix has been on board with these unprecedentedly long episodes, as well as what they cost, which has been reported to be $30 million an episode. At this point, do they just have carte blanche to do what they want?

“No, It’s a discussion,” said Matt Duffer. “We have a really great relationship with Netflix, where everybody wants the show to be successful for them.”

“The goal for us, though, is whatever the money ends up being, it needs to be going on on-screen,” added Ross Duffer. “Even though it was a long shoot, every one of those days was jam-packed — we’re moving really fast.”

One revelation from the conversation was that yes, they’re likely going to “George Lucas” — aka, go back and alter what’s already onscreen — the mistake the show made in Episode 2 about Will’s (Noah Schnapp) birthday already having been established as March 22. In an interview with Variety’s Jennifer Maas in early June, they posited a contingency in which they might just go back and change the Season 2 episode in which Joyce (Winona Ryder) mentioned the date.

Matt Duffer told Variety in that interview that they were considering making Will’s new birthday May 22, “because ‘May’ can fit in Winona’s mouth” in that Season 2 episode. “So that would be us George Lucas-ing the situation.”

They elaborated on that dilemma in their Showrunners Sitdown interview, and said that not having any of the characters — including Joyce, his own mother! — remember that it was Will’s birthday is just too awful to contemplate. “It’s too sad!” Matt Duffer said. “And it doesn’t make any narrative sense. But we were talking about it yesterday, and I think we’re going to George Lucas that.”

As it turns out, it wouldn’t be the first time. “We have George Lucas’d things also that people don’t know about,” he continued, while declining to detail specific alterations from previous seasons.

Ross Duffer said, “You do have the physical copies though, the Blu-rays and stuff — you’d have to compare.” (Does that sound like a challenge, Redditors?)

He then let it slip that they even changed something from Volume 1 after it had already gone up on May 27. “Some of the visual effects,” said Ross. “It’s not, like, story, but you’re essentially patching in shots. Netflix is — I don’t think they’ve ever allowed people to patch on opening week and even weekend. And we said, ‘Well, why not?’ And he said, ‘Well, it makes us nervous.’ And we’re like, ‘Well, maybe we try it this time.’ And it turned out fine.”

The Duffer Brothers answered all our questions, including what their favorite music would be were Vecna to start haunting them; the origins of “Stranger Things,” and why they wanted to set it in the ‘80s, how worried we should be about Steve (Joe Keery) heading into Volume 2 — and the one thing they hadn’t George Lucas’d in Volume 1 of “Stranger Things 4” before an eagle-eyed fan caught it.

For more Showrunners Sitdown interviews, watch Michael Patrick King from “And Just Like That,” Sterlin Harjo from “Reservation Dogs,” Hwang Dong-hyuk from “Squid Game,”  Paul Simms and Stefani Robinson from “What We Do in the Shadows,” and Ashley Lyle, Bart Nickerson and Jonathan Lisco from “Yellowjackets.”