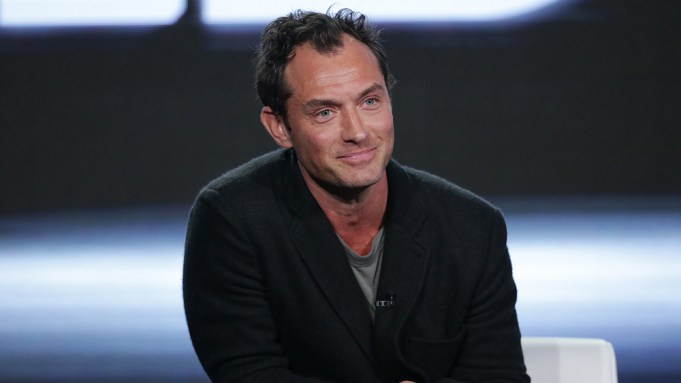 Jude Law is going to star in a new “Star Wars” series coming to Disney+. The announcement was made at the “Star Wars” Celebration in Anaheim, CA.

The show was previously reported as being in the works earlier in May as part of a larger “Star Wars” story published by Vanity Fair.

The description they gave was, “The show takes place during the post–’Return of the Jedi’ reconstruction that follows the fall of the Empire, the same as ‘The Mandalorian,’ but its plot remains a secret. It’s created and executive-produced by director Jon Watts and writer Chris Ford, who made ‘Spider-Man: Homecoming’ for Marvel. A casting notice has called for four children, around 11 to 12 years old. Inside Lucasfilm, the show is being described as a galactic version of classic Amblin coming-of-age adventure films of the ’80s.”

It was informally referred to as “Grammar Rodeo” at that time, a reference to an episode of “The Simpsons” in which Bart and three of his classmates take a roadtrip together by renting a car with a fake ID.

Watts and Ford will executive produce “Skeleton Crew” along with Jon Favreau and Dave Filoni. Exact details on who Law will be playing in the series remain under wraps.

The formal announcement of the new show and Law’s role in it were one of several new “Star Wars” announcements made during the kickoff of the “Star Wars” Celebration. Others include a premiere date and a trailer for the “Rogue One” prequel series “Andor” starring Diego Luna. It was also announced that the show will begin filming a second batch of 12 episodes this November. It was also announced that both “Ahsoka” and “The Mandalorian” Season 3 will debut in 2023, with “The Mandalorian’s” new season dropping in February. A teaser for the new season was shown in the room but has not been released online.