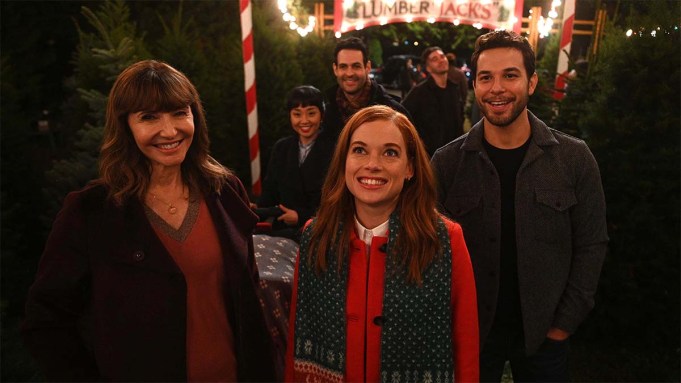 While both projects were rescues, the Roku Channel’s Emmy nominations are a feather in its cap as the company vies for attention and competes against larger streamers with multibillion-dollar budgets.

In a statement, “Zoey’s Extraordinary Christmas” creator and writer Austin Winsberg said about the Emmy noms, “Wow! This is such a huge and unexpected honor! Thank you to the Emmy voters! Thank you to the tremendous cast and crew who put this entire movie together in no-time flat. Thank you to our amazing partners at Lionsgate for always believing in and sticking with Zoey’s. And thank you to our friends and supporters at Roku for giving us a home and allowing Zoey to continue on her extraordinary journey! My heart is filled with songs at this moment!!!!”

Roku was kind-of, sort-of in the Emmys mix last year. Three of Quibi’s pricey original series landed eight short-form 2021 Emmy nominations — “Reno 911!”, “Die Hart” and “Mapleworth Murders” — but they premiered on Quibi prior to Roku migrating them to the Roku Channel.

Of those nominees, the one winner last year was J.B. Smoove for actor in a short-form comedy or drama series, for his role as Chief Billy Bills in “Mapleworth Murders.” On Tuesday, Smoove announced the 74th Primetime Emmy Awards nominations alongside Melissa Fumero (both whom star in Netflix’s upcoming comedy “Blockbuster”) — and kicked off the livestream with a shtick about his Emmy win. The bit: Smoove said he was honored to announce the 2022 nominations with “two of my favorite people in Hollywood”; that elicited mock confusion from Fumero, before Smoove cleared things up by pulling his Emmy trophy from behind his back.

The Roku Channel celebrated the 2022 Emmy nods on social media:

It really is Christmas in July 🎁🎄 Congratulations to #ZoeysChristmas for picking up 2 #EmmyNoms! #Emmys2022 pic.twitter.com/1Wkk71a0tW