Peter Rice Out at Disney, Replaced by Dana Walden as TV Content Chief 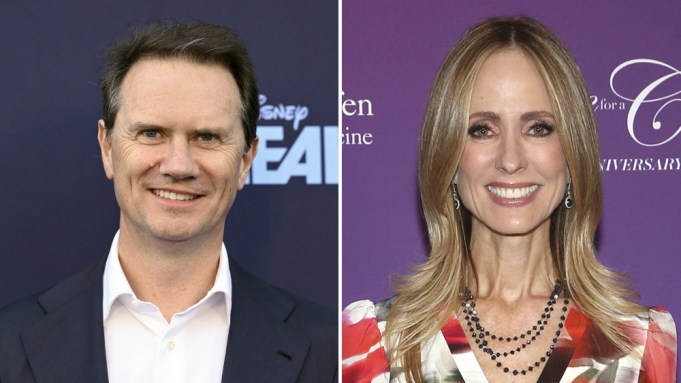 In a shocking turn of events, Peter Rice has been ousted as head of TV content for Disney, to be replaced by his top lieutenant, Dana Walden.

Rice, who served as chairman of general entertainment content, came to Disney with the acquisition of 21st Century Fox in 2019, as did Walden. News of his firing came as head-spinning news to Disney insiders and the entertainment community early Thursday morning.

“Dana is a dynamic, collaborative leader and cultural force who in just three years has transformed our television business into a content powerhouse that consistently delivers the entertainment audiences crave,” Chapek said. “Her well-earned reputation for championing creative talent and developing programming that truly captures the cultural zeitgeist has resulted in hit after hit, from ABC’s ‘Abbott Elementary’ and Onyx Collective’s Academy Award-winning ‘Summer of Soul,’ to Hulu Originals like ‘Only Murders in the Building,’ ‘Dopesick,’ ‘The Dropout’ and ‘The Kardashians.’ She and Peter have worked closely together for years to create the best programming in the industry, and I can think of no one better than Dana to lead Disney General Entertainment to even greater heights.”

The timing of the surprise move to remove Rice is curious given that the rumor mill at Disney was just starting to calm down after months of drama swirling around Chapek. The Disney CEO stumbled into a PR nightmare for the company with its political activities in Florida around the state’s anti-LGBT legislation and then made it worse with company statements that enraged many members of Disney’s workforce of nearly 200,000 employees.

The speculation about Chapek’s future was strong enough to prompt Susan Arnold, chairman of Disney’s board of directors, to issue a vocal statement of support for Chapek amid the shakeup involving Rice and Walden.

“The strength of The Walt Disney Company’s businesses coming out of the pandemic is a testament to Bob’s leadership and vision for the company’s future. In this important time of business growth and transformation, we are committed to keeping Disney on the successful path it is on today, and Bob and his leadership team have the support and confidence of the Board,” Arnold said.

Sources close to the situation said the decision came down Wednesday from Chapek and caught virtually everyone on the Burbank lot by surprise. Multiple sources say the decision was entirely business and strategy-related and had nothing to do with any personal behavior on Rice’s part.

“This is all business,” said a source familiar with the situation. “Peter was blindsided.”

In a statement, Walden thanked Chapek for a “once-in-a-lifetime opportunity” as an executive.

“It is an incredible honor to be asked to lead this amazingly talented team—they are truly the absolute best in every respect,” Walden said. “Disney General Entertainment’s culture of creative excellence and originality has made us home to many of the most talented creators in the business. I am humbled to lead this team, and I am confident that together, we will continue to build on the foundation of culture-defining entertainment we have achieved so far.”

Walden spent more than 25 years climbing the ranks as a television executive at Fox. She ran the prosperous Twentieth Century Fox Television banner with her fellow president Gary Newman, for 20 years, in addition to overseeing programming for Fox Broadcasting Co. for the last five years of her tenure before the sale to Disney.

Walden began her career as a public relations executive, working for Arsenio Hall in the heyday of his syndicated late-night talk show before she joined Fox in 1993.

Rice came up on the film side of 20th Century Fox starting in the late 1980s. He ran the successful Fox Searchlight Pictures label until he moved to Fox Broadcasting Co. in 2009.