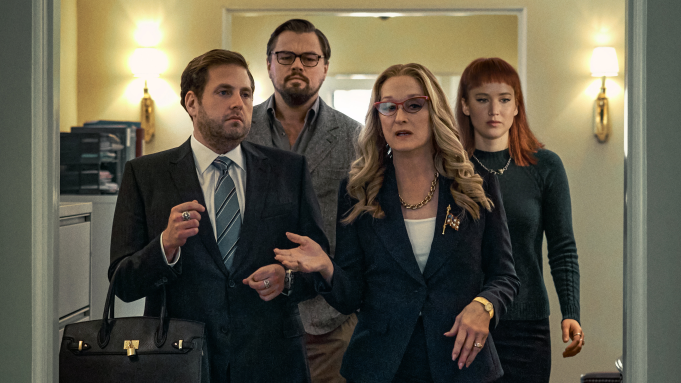 Netflix ended 2021 with a slightly lower-than-expected subscriber gain in the fourth quarter, and its stock took a steep dive with a weak Q1 outlook.

Netflix shares fell more than 20% in after-hours trading, as the company forecast 2.5 million net subscriber adds for the first quarter of 2022. For Q1, Wall Street analysts had been projecting a gain of 7.25 million subscribers, per FactSet.

Investors also likely were spooked by the fact that Netflix admitted in its quarterly letter to shareholders that stepped-up competition in the streaming wars “may be affecting our marginal growth some.”

The lighter-than-expected Q1 subscriber guidance “reflects a more back-end weighted content slate,” Netflix said in the shareholder letter. For example, “Bridgerton” Season 2 and original film “The Adam Project” will both launch in March. In addition, the company told investors, “while retention and engagement remain healthy, acquisition growth has not yet reaccelerated to pre-COVID levels.” The company attributed that to several factors including “the ongoing COVID overhang and macroeconomic hardship in several parts of the world like [Latin America].”

Netflix reported Q4 revenue of $7.71 billion (up 16%), in line with Wall Street expectations, and beat forecasts on net income with $607 million (or $1.33 per share) versus analyst consensus estimates of EPS of 82 cents.

The earnings report comes on the heels of Netflix’s Jan. 14 announcement that it is hiking prices in the U.S. and Canada — a move that will boost revenue but likely result in higher cancellation rates in its most mature and slowest-growing region. For American subs, the standard two-stream HD plan is going up $1.50 (about 11%) from $13.99 to $15.49/month. It marks Netflix’s third price increase in as many years.

In Thursday’s recorded earnings interview, CFO Spence Neumann noted that the price hikes in the U.S./Canada factored into the lower Q1 subscriber forecast.

“Red Notice” scored as Netflix’s No. 1 most-viewed movie in its first four weeks of release, and the company has greenlit two sequels. “The Unforgivable” and “Don’t Look Up” — which set a viewing record in its first week — also crashed onto the all-time Top 10 Netflix movies chart.

Even prior to the Q4 earnings release, Netflix shares had dropped 14% over the past month, as investors grew wary of slowing subscriber growth amid intensifying streaming competition from the likes of Disney Plus, HBO Max, Paramount Plus, Amazon’s Prime Video and others.

Also as part of the earnings report, Netflix said its board of directors has “decided to evolve to a more standard large-cap governance structure.” To that end, the board will recommend several changes at Netflix’s next annual shareholders meeting, including “declassifying our board, removing supermajority voting provisions in our charter and bylaws, and enabling shareholders to call special meetings.”