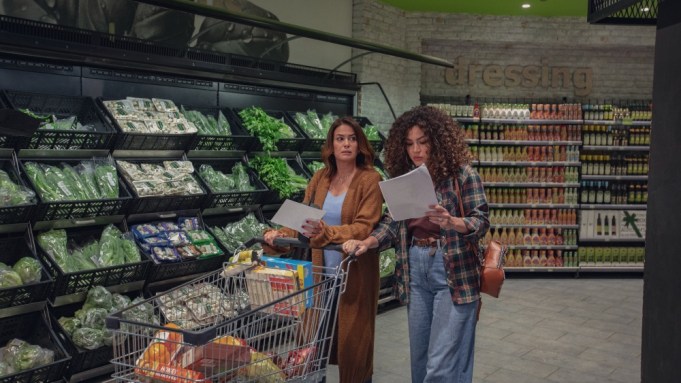 The year 2022 has started out strong for Netflix in Arabic-speaking countries, where its edgy originals are making a punchy debut.

The streamer’s first Arab original film, “Perfect Strangers,” sparked an uproar in socially conservative Egypt due to its portrayal of a gay male character and taboo storylines. Meanwhile, “Finding Ola” toplines Cairo-based Tunisian star Hend Sabry as a happy divorcee who embarks on a journey of self-discovery after her divorce. Both are reflections of the streamer’s thematically groundbreaking strategy in the region, says Nuha Eltayeb, Netflix’s director of acquisitions in MENA and Turkey.

“We’re looking for content that will create impact for the viewers, where they will find it authentic and representative, and at the same time relatable to their day-to-day storylines,” says Eltayeb.

Since its Jan. 20 debut, “Perfect Strangers” has risen to the top of Netflix viewing charts in Arab countries including Morocco, Egypt and Saudi Arabia — representing a first on the film front.

On the series side, Netflix in August 2021 launched Jordanian show “Al Rawabi School for Girls,” which follows a group of high school girls plotting revenge on a trio of bullies, and portrays physical and sexual violence against women as well as the patriarchy in Arab society. That also landed in the top 10 list on Netflix in several countries around the world.

“On the TV side, we are continuing with the strategy that we started almost two years ago,” says Ahmed Sharkawi, Netflix’s director of Arabic Series. He points out that the three criteria for the streamer in West Asia are: slate diversity in the type of genres that they present; inclusivity in representing different cultures in the region; and authenticity within the content.

Sharkawi is very happy with what “Al Rawabi” achieved. It’s a purely Jordanian story, told from the point of view of the creators Shirin Kamal and Tima Shomali, that managed to find love across the Arab world and connect with audiences globally.

In addition, when it comes to Arabic content, one of the areas that Netflix has been focusing on since its local launch two years ago is “amplifying and expanding the role of female creators in the industry, not just as stars in front of the camera, but also behind the camera,” Sharkawi says.

Case in point is the fact that Sabry is debuting as an executive producer on “Finding Ola,” a series which she proposed to the streamer. The show sees Sabry reprise her role as the widely beloved Ola Abdel-Sabour character she played 10 years ago in social drama “I Want to Get Married” (Ayza Atgawez). While, in the original, Ola was under social pressure to get married before turning 30, and explored a lot of options, a decade later she is a divorcee juggling responsibilities as a mother, a daughter, her job as a pharmacist, and her attempts at finding love.

“It’s a romantic comedy-drama that captures the voice of more mature audiences, or more mature females, about how to restart life after something dramatic as divorce,” Sharkawi says.

And beyond the show’s built-in pan-Arab appeal for “Finding Ola,” Netflix is also looking to the global market.

The theme is very universal, he notes. If you look at the story, it’s really about what happens to a woman when she thinks she’s got her checklist right.

“You’ve had the perfect guy, the perfect family, amazing kids, the life. And then, boom: Divorce. ‘I need to figure out my life. I need to work. And I’m 40.’ So, what happens?” says Sharkawi. “[This] is a theme that many women across the world will connect with.”

Below are highlights of other Arabic content that’s dropped on Netflix since entering the region (all data provided by Netflix):

– Documentary “Secrets of the Saqqara Tomb” was viewed by 22 million households around the world during the first four weeks after its October 2020 release, putting it in the top 5 documentary films in Netflix’s history.

– In November 2021, Netflix launched its first Arabic unscripted series “The Fastest,” featuring male and female drivers from across the Arab world who go head to head in a car racing competition to win a cash prize.

– In October 2021, Netflix renewed a third season of popular Saudi Arabian series “Takki,” a youth-centred story set in Jeddah, the city which now hosts the Red Sea Film Festival, where a young aspiring filmmaker and his circle of friends grapple with family expectations, gender roles, romance and rivalry.