Continue to Variety SKIP AD
You will be redirected back to your article in seconds
Jul 28, 2022 4:54pm PT

Matt Smith Praises Ncuti Gatwa as New ‘Doctor Who’: ‘The Most Sensational Bit of Casting’ 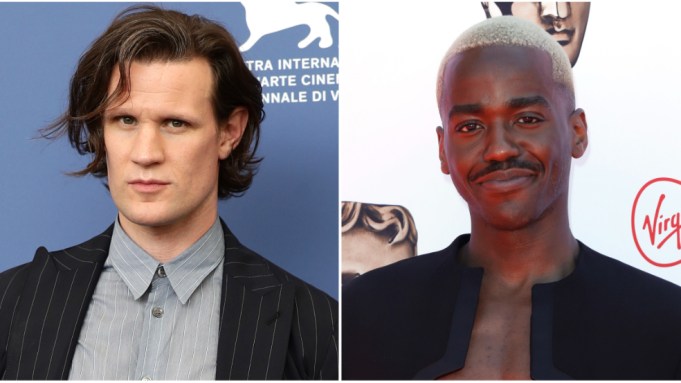 During the “House of the Dragon” world premiere Wednesday night at the Academy Museum of Motion Pictures in Los Angeles, Smith admitted that he and Gatwa haven’t met in person yet, but the two have “talked via WhatsApp.”

“I think it’s the most sensational bit of casting. What an actor — he’s brilliant in ‘Sex Education,'” Smith, who played The Doctor between 2010 and 2013, told Variety Senior Entertainment Writer Angelique Jackson. “I think he’s got something ‘other’ that that part really needs.”

BBC confirmed back in May that Gatwa would star as the 14th Doctor on the show, making him the first Black actor to portray the titular role. Gatwa will be taking over from Jodie Whittaker, who has played the part since 2017.

“I think [showrunner] Russell [T Davies] has such a sense of the show as well, and I’m really, really excited to see where ‘Doctor Who’ is going,” Smith said. “I love ‘Doctor Who,’ it’s forever in my heart.”

Smith is gearing up to star as Prince Daemon Targaryen in HBO’s “House of the Dragon.” Set nearly 200 years before the events that occurred in “Game of Thrones,” the highly-anticipated spinoff follows the story of House Targaryen and an epic battle between the potential heirs of the Iron Throne.