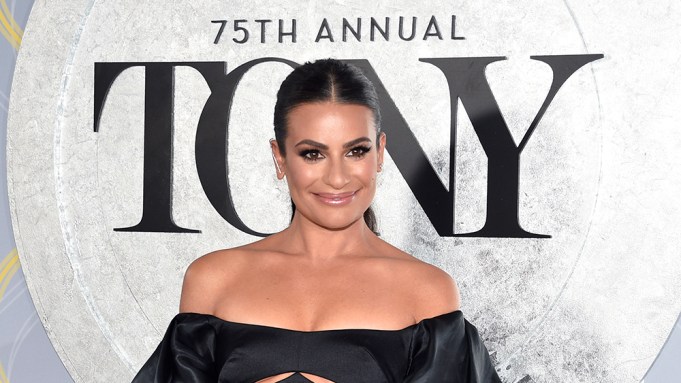 Starting Sept. 6, the former “Glee” star will perform the lead role in “Funny Girl” in the current Broadway revival of the musical that launched Barbra Streisand to fame. Michele comes to the show after original lead Beanie Feldstein announced her early departure from the production, saying that the producers were taking it in “a different direction” (“Glee” fans might call it a New Direction).

Although this is her first official time leading a production of “Funny Girl,” Michele has long been associated with the musical and has publicly expressed her desire to one day star in it. In an interview with Variety earlier this year for the “Spring Awakening” documentary, Michele said she spent all night talking with “Glee” creator Ryan Murphy about “Funny Girl” the first time she met him. In a 2017 interview with Andy Cohen on “Watch What Happens Live,” Michele openly spoke about her desire to lead a revival of the show, claiming that there were plans for one after “Glee” ended.

“Glee,” which turned Michele into a household name, doubled as her platform to demonstrate her Fanny Brice bonafides. Her character, the intensely ambitious theater kid Rachel Berry, was a zealot of Streisand, and over the course of the series she sang almost the entire score of “Funny Girl.”

Season 5 of the series, in particular, featured an extended storyline in which Rachel, out of high school and in New York, managed to land the part as the lead in “Funny Girl.” The storyline came to a head in the episode “Opening Night,” which featured Rachel’s Broadway dreams coming true as she performed “I’m the Greatest Star” on stage. The episode also prominently featured Jane Lynch, who will leave “Funny Girl” on Broadway before Michele officially debuts. In the “Glee” storyline, her character Sue Sylvester leaves in the middle of Rachel’s Broadway debut — more proof that reality imitates “Glee.”

Of course, “Glee” isn’t the only avenue in which Michele has belted the “Funny Girl” score. The actor has also performed the songs from the show in many concerts, benefits and other events. Here are all the most notable “Funny Girl” performances from the future Fanny.

“I’m the Greatest Star” was first performed in “Glee” by Chris Colfer in Season 3, but the most iconic rendition of the song comes courtesy of Michele in “Opening Night,” as Rachel makes her triumphant Broadway debut. The scene is arguably the culmination of Rachel’s character arc in the show, and a showcase for Michele’s comedic and vocal abilities.

Michele’s “Glee” rendition of “People” comes in the episode “New New York,” where Rachel is getting ready for opening night of “Funny Girl.” Michele performs the standard — which became a successful single for Streisand — in a montage showing the cast adjusting to life in New York.

Another “Funny Girl” cut from Rachel’s Broadway debut storyline, Michele performs this duet in the episode “The End of Twerk,” along with guest star Ioan Gruffudd, whose character Paolo is cast alongside Rachel as “Funny Girl” leading man Nick Arnstein.

“Don’t Rain on My Parade”

In “Glee,” Michele memorably performed “Don’t Rain on My Parade” in the Season 1 episode “Sectionals,” during New Directions’ first major competition as a club. Michele’s performance of this stirring anthem, the act one closer for “Funny Girl,” is often regarded as one of the best performances in the long-running series.

At the 2010 Tony Awards, Michele celebrated the success of “Glee” by singing “Don’t Rain on My Parade” at the ceremony, in a performance that featured a cameo from her “Spring Awakening” and “Glee” co-star Jonathan Groff.

“Who Are You Now?” — traditionally an Act II song in “Funny Girl,” but the opening number of the revival — is also performed during the “Opening Night” episode of “Glee,” but it’s performed in an unconventional way. The emotional ballad, a solo number for Fanny, is instead performed as a duet between Michele and Lynch as Sue imagines herself singing onstage during the performance — a taste of a “Glee” Broadway reunion that almost was.

Although not included in the score of the original “Funny Girl” musical or the current revival, “My Man” is arguably one of the songs most strongly associated with the show, thanks to the 1968 film version, in which it’s the closing number. Michele gave a terrific rendition of the torch song in the “Glee” Season 2 episode “Funeral,” in which she performs it for an audition while imagining her love interest Finn Hudson (Cory Monteith).

Michele would also perform “My Man” live in 2012 as a tribute to her idol Streisand.

Michele has performed the song in various other capacities, including in 2017 at the Broadway outdoor music festival Elsie Fest.