Jung Ho-yeon Was ‘So Happy’ Filming ‘Squid Game’ Death: ‘The Most Comfortable Scene I’ve Ever Had’ 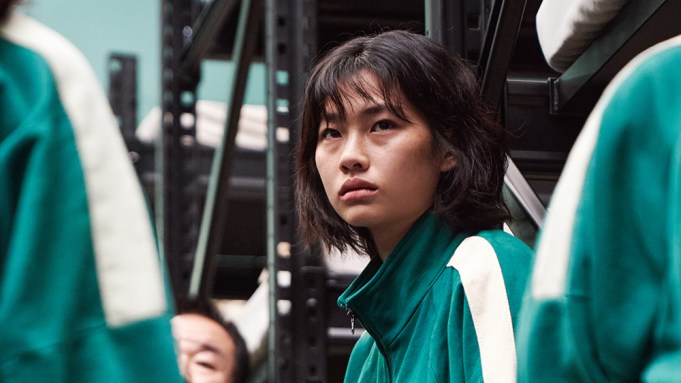 When it came time to film the death of Jung Ho-yeon’s “Squid Game” character Kang Sae-byeok, Ho-yeon found herself to be strangely happy.

“Maybe it’s weird to say it, but while I’m shooting my death scene, I was so happy,” Ho-yeon told Sandra Oh during their Variety “Actors on Actors” conversation, presented by Apple TV+. “It was the most comfortable scene I ever had.”

After immersing herself in the intense world of “Squid Game” for so long, Ho-yeon felt that it was Kang’s time to go, and was at peace with director Hwang Dong-hyuk’s decision.

“It’s because I’ve been living with my character over a few months, and then there is a time that I have to let her go, and I kind of feel like I can happily let her go, because I can understand,” Ho-yeon said. “Maybe not fully, but I’m the one who can understand her most in this world, so I know her stress, and I know how her life was [such a] struggle and hard. So it wasn’t that bad or sad.”

In conversation with Oh, Ho-yeon also opened up about the mental and physical difficulties that came with her sudden global fame due to “Squid Game,” including a recent bout of sickness when returning home to Korea.

“In that moment you realize that ‘Oh. Maybe this was too much,'” Ho-yeon said.  “I think I just try all the time to be me, healthy me, but it’s not going to be easy, and then I’m still going to make mistakes. I’m struggling, but trying.”