Jennifer Aniston Wants to Return to Rom-Coms, and She’s Eyeing Sebastian Stan to Help Her 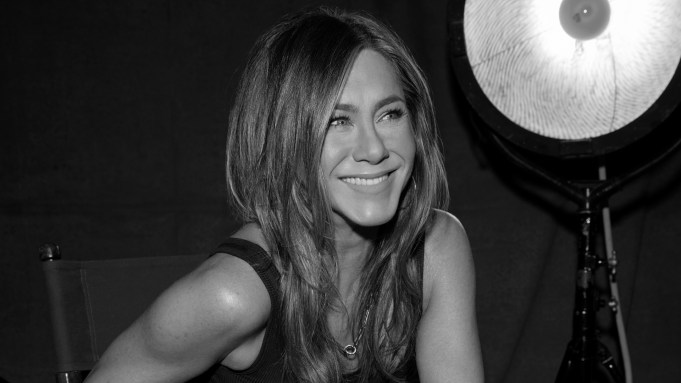 Jennifer Aniston has starred in her fair share of rom-coms over the years, from “The Break Up” to “Just Go With It” and “He’s Just Not That Into You.” Now, she may have discovered her newest rom-com co-lead in Sebastian Stan. The two joined forced for Variety’s “Actors on Actors” series, presented by Apple TV+.

The two interviewed each other during Actors on Actors about their latest and most famous projects, which for Aniston included Apple TV+ drama “The Morning Show” and beloved sitcom “Friends,” and for Stan his work in Hulu miniseries “Pam & Tommy” and the Marvel Cinematic Universe. Following a conversation about Marvel in which Aniston asked Stan about his favorite genre, Stan said his one of his favorite films is the 1999 Roger Michell romantic comedy “Notting Hill.”

“If I could live in ‘Notting Hill,’ the movie, forever, I would,” Stan told Aniston. “There were a lot of those movies that were great.”

Once the subject was brought up, the two shared there mutual love for romantic comedies, and Aniston bemoaned the lack of rom-coms in modern day filmmaking. The star half-jokingly invited Stan to make one with her.

“Why do they have such a bad rap these days? ‘Cause wouldn’t it be fun to do one? Do you want to do it?” Aniston asked

“I would do one in a second with you,” Stan replied, laughing.

Although the interview wrapped shortly afterwards, the two began making very preliminary plans to pull off a rom-com they’d headline together.

“Great. We’re gonna do a rom-com,” Aniston concluded. “So exciting. We’re bringing them back.”

Fortunately for Aniston, the rom-com genre got a boost of new life with the recent release of Paramount’s “The Lost City.” The adventure rom-com, starring Sandra Bullock and Channing Tatum, earned $104 million at the U.S. box office and crossed the $180 million mark worldwide. It sounds like now is the perfect time for Aniston’s rom-com return.