‘How I Met Your Father’ Renewed for Season 2 at Hulu 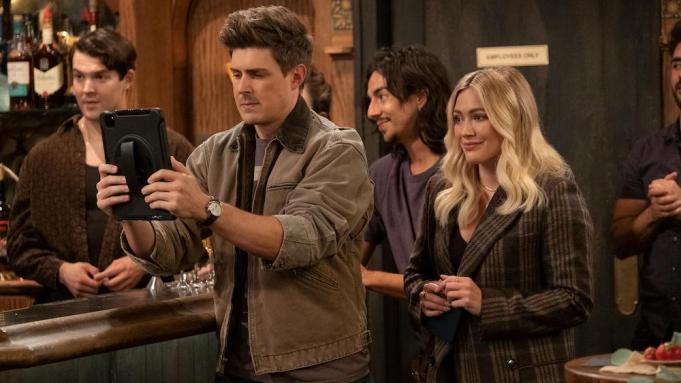 “How I Met Your Father” has been renewed for Season 2 at Hulu, Variety has learned.

Like the original series, “How I Met Your Mother” sees a woman in the year 2050 telling her son the story of how she met his father. Hilary Duff stars as that woman, Sophie, back in 2022. Sophie and her close-knit group of friends are in the midst of figuring out who they are, what they want out of life, and how to fall in love in the age of dating apps and limitless options.

The show hails from writers Isaac Aptaker and Elizabeth Berger, who also serve as executive producers and co-showrunners. Duff serves as a producer in addition to starring. Carter Bays, Craig Thomas, Pam Fryman, and Adam Londy serve as executive producers. Bays and Thomas created “How I Met Your Mother,” while Fryman directed the vast majority of episodes of that series. 20th Television produces.

“Isaac and Elizabeth’s inspired vision for ‘How I Met Your Father’ has proven to be true appointment viewing that fans cannot get enough of week to week,” said Jordan Helman, head of scripted originals for Hulu. “The lives of these characters, as portrayed by the immensely talented cast led by Hilary Duff, are just starting to unfold and we’re thrilled to bring more of this group’s journey to our viewers with a supersized second season.”