How the Creative Team Behind ‘Gordita Chronicles,’ Including Zoe Saldaña and Eva Longoria, Aims to Shake Up Television 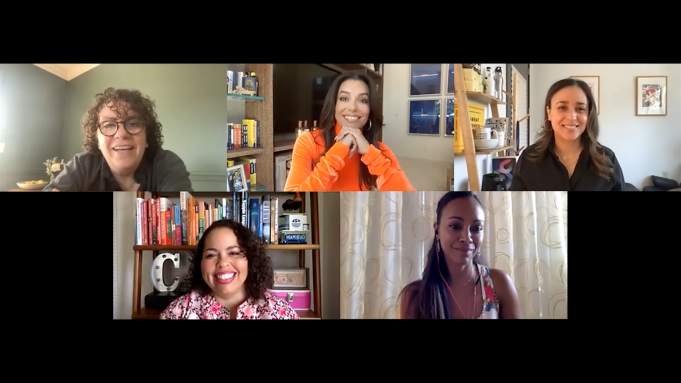 The creative team behind “Gordita Chronicles” are ready to bring change to the small screen.

Premiering on June 23 on HBO Max, the semi-autobiographical series from creator and executive producer Claudia Forestieri tells the story of a Dominican family that leaves Santo Domingo for Miami in pursuit of the American Dream. Joining Forestieri in a keynote conversation at Variety‘s Changemakers Summit with editor-at-large Kate Aurthur were executive producers Zoe Saldaña, Eva Longoria and Brigitte Muñoz-Liebowitz, who also serves as showrunner. With the pressure of telling such an intensely personal story, Forestieri explained why she believes “Gordita Chronicles” is a tale that should be heard.

“I was like, ‘I want to write a script to explain to people all my neuroses,'” she said. “Also, during 2016, when Donald Trump was running for president, he said a lot of very offensive things about immigrants. I wanted to tell a story about all the immigrants that I grew up around in Miami that loved this country and were just trying to improve the nation, and then make better lives for themselves.”

To have a show so extensively filled with Latino voices in front of and behind the camera was a gift for the producers and creatives on the series. For Saldaña, who’s father is Domincan and whose mother is Puerto Rican, the story hits close to home.

“I remember the moment we got the call,” Saldaña said. “My sisters and I, who have our own production company, we were kind of beside ourselves. We always worked towards having the accurate representation of the Dominican American experience. We always felt like, ‘Okay, we’re working towards that, but we recognize that we’re probably light years away from it.’ It’s a hopeful situation, so when Claudia’s project came along and it was about her life and we got to know her and to know that HBO Max was involved, it was the opportunity that we were dreaming of. To be able to amplify the American-Dominican family.”

Longoria, who also directed the pilot of the series, sees the show as a hopeful signal towards positive change.

“My whole journey in getting behind the camera is to produce with purpose,” Longoria said. “I thought there was a great purpose of this show. There’s a huge white space in Latinx representation across the board, but specifically comedies, and specifically family comedies. I thought: ‘Absolutely, the world needs this show. Sign me up.'”

Muñoz-Liebowitz echoed Longoria. “Immigration has been painted in such a way that I don’t recognize. I don’t recognize the discussion of rapists and criminals. I don’t recognize that as my community,” she said. “There’s also this side of things, which is more representative of my family’s experience. It’s a family coming together to try to make a new lives for themselves as a team.”

Watch the full conversation in the video above.