Faith Hill Was Grossed Out by Growing Armpit Hair for ‘1883’: ‘I’m Never Doing That Again’ 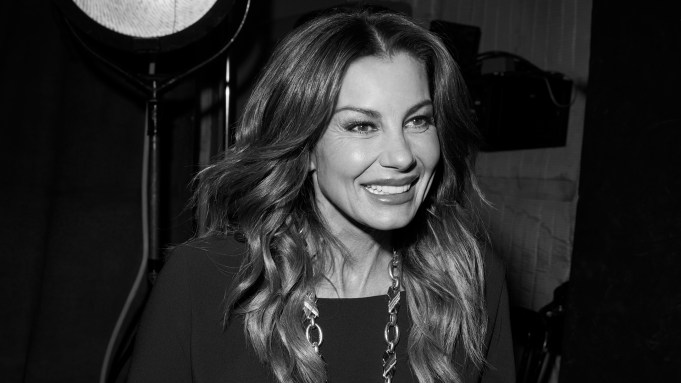 In the “Yellowstone” prequel miniseries “1883,” country star Faith Hill stars opposite her husband Tim McGraw as a woman journeying from Tennessee to Montana in the late 19th century. And to accurately portray a woman of the time period, Hill had to make some major changes to her self-care regime.

In a conversation for the Variety “Actors on Actors” series presented by Apple TV+, Hill spoke to “Shining Vale” star Courteney Cox about starring in “1883.” During the conversation, Cox asked Hill if she had to stop shaving her armpit hair in order to be period-accurate. Hill said she did, and that series creator Taylor Sheridan called her and her husband in advance to tell her to stop shaving before shooting began.

“That was really difficult, and Taylor actually called my husband. We were at a wedding, our nephew’s wedding, and he said, ‘Who’s gonna be the one to tell your wife that she has to stop shaving under her arms?'” Hill said. “And I’m thinking, ‘What? We’re at a wedding. Can this wait?’ He goes, ‘No, stop tonight.'”

Hill also said she asked if she could tape fake hair under her armpits for the show, pointing out that some of the men in the series wore fake beards, but the suggestion was rejected. As a result, Hill stopped shaving several months before they began filming.

Cox noted during the conversation that she wouldn’t be able to do it, noting she gets laser hair removal on her armpits.

During the conversation, Hill emphasized that she respects women who choose not to shave their armpit hair, but it’s just something she personally disliked doing.

“All due respect to those who love that, and all that freedom, woo!” Hill said. “But for me, personally, I just don’t like it.”

Watch the full Actors on Actors conversation below.