Continue to Variety SKIP AD
You will be redirected back to your article in seconds
Jul 12, 2022 3:21pm PT 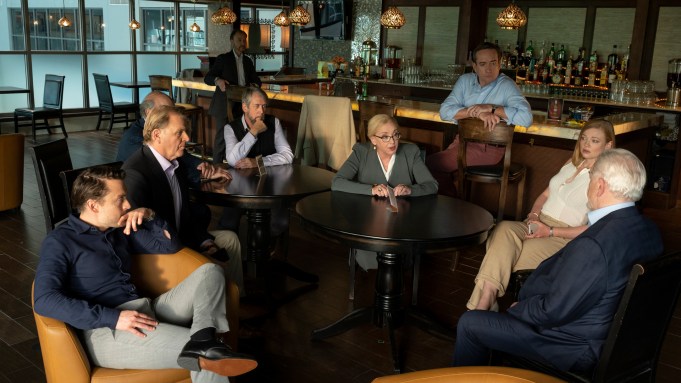 It was hard not to feel a pang of frustration while scanning through the supporting and guest acting categories for this year’s Emmy nominations. As has become an increasingly alarming trend, they saw fit to reward actors from a precious few series while leaving so many fantastic other possibilities in the dust. With so many of television’s very best performances unfolding in supporting roles, and at a time when there’s more TV than ever, it remains a curious shame how few shows tend to dominate the Emmys come nomination morning.

Just like last year, “Succession” and “Ted Lasso” made their presences known. As my colleague Adam B. Vary calculated out of sheer nerdy curiosity (his words), “Ted Lasso” cast members comprise a quarter of the total comedy acting nominees, while a full 35%(!) of the drama nominees belong to “Succession.” Between “Ted Lasso” and “Hacks” alone, in fact, almost half the total comedy nominations were spoken for. On the limited series side, eight actors from “The White Lotus” flooded the supporting acting zone; when paired with the six nominations for “Dopesick,” 53% of the limited series acting slots went to the same two shows.

Before the “White Lotus”/ “Ted Lasso” / “Hacks” / “Succession” hives come after me for denigrating their many, many supporting nominations, let me first say: I am one of you! I have loved all of these shows, and would have a hard time arguing against any of their individual nominations. But there’s a difference between rewarding a show and defaulting to the same few, thus giving the impression that there was barely anything else worth the while. Because that simply isn’t true.

If the Emmys wanted to nominate a fuller breadth of supporting acting talent, voters could have very easily turned to other shows they recognized in passing. In comedy, Issa Rae could have been joined by “Insecure” castmates like Yvonne Orji and Jay Ellis for their final season. Any single one of the “What We Do In the Shadows” leads — Matt Berry, Natasia Demetriou, Kayvan Novak, Harvey Guillén, or Mark Proksch — certainly did worthy work in the show’s third season. In drama, “Yellowjackets” wouldn’t have had half its punch without the younger generation holding down the flashback timeline, particularly Sophie Nelisse and Samantha Hanratty as the teenaged versions of characters played by nominees Melanie Lynskey and Christina Ricci. Looking to limited series, Amanda Seyfried absolutely burned up the screen as Elizabeth Holmes in “The Dropout,” but her performance shone as bright as it did thanks to the grounded work of actors like Naveen Andrews, Stephen Fry, Elizabeth Marvel, and Michaela Watkins surrounding her.

Further afield from the shows that are already Emmy nominees, though, there are plenty of contenders who merited a closer look. The highly lauded “Reservation Dogs” was apparently a long shot for the best comedy prize, but why not consider the acting talents of Devery Jacobs or Paulina Alexis, who gave two of 2021’s most unique performances? Or how about any one of the “Girls5Eva” — especially Renée Elise Goldsberry or Paula Pell — who handle some of TV’s most bonkers jokes with ease? Or maybe go ahead and honor some of the actors who made genre shows (typically longer shots in Emmy-land) work, whether it be “Stranger Things,” “Moon Knight,” or any given “Star Trek.” I was apparently one of maybe a dozen people who watched and liked Netflix’s limited series “The Chair,” but Sandra Oh crushed it there (arguably harder than in the shaky final season of “Killing Eve”), as did her co-stars Nana Mensah and Holland Taylor. Speaking of “Killing Eve,” Kim Bodnia and Fiona Shaw gave such strong performances in the final episodes that the double nomination of Oh and Comer over them begs the question of whether or not voters actually watched the season at all.

Chances are that you either read the above paragraphs nodding in agreement, or doing some version of the now extremely familiar refrain that “there’s too much TV!” If you’re in the latter camp: trust me, I get it. My job is to keep up with all the new shows out there, and I still routinely look at what’s available on my roughly ten thousand streaming services and get surprised by something I’ve never heard of in my life. But when so few shows are nabbing so many nominations seemingly as a matter of course, it seems like the result of voters having so many shows to choose from that they panic and default to the few they already know. As relatable as that is, it’s also points to a deeply unimaginative approach to an award that is, ostensibly, meant to celebrate innovation.