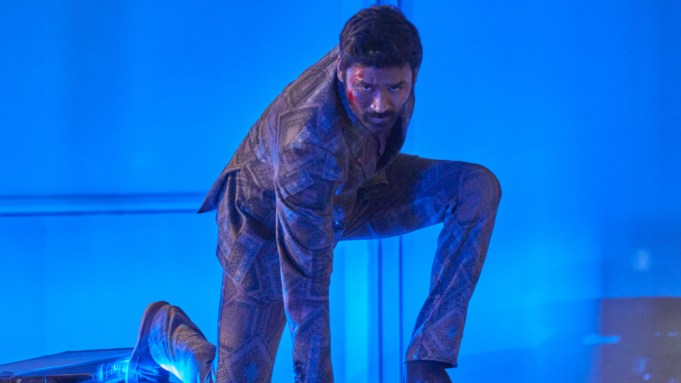 In the Anthony and Joe Russo’s Netflix movie, when the CIA’s most skilled operative accidentally uncovers dark agency secrets, a psychopathic former colleague puts a bounty on his head, setting off a global manhunt by international assassins. One of them happens to be Dhanush’s Avik San — a killer with a moral code.

Speaking at a press event in Mumbai on Thursday, Joe Russo said: “It’s based on a book series, so there is the opportunity to expand this into future movies. We love to keep going with the world because we love all the characters. But we need the audience to tell us whether they want to see more of the story or not. If we do continue forward with the story, I can guarantee you that Dhanush’s character will be part of that world moving forward.”

Anthony Russo added: “I keep getting texts from people I know and they just say ‘more Dhanush’ in the texts.”

When asked what it would take for him to return, should “The Gray Man” become a franchise, Dhanush said: “A phone call.”

“It will be great to work with Ryan [Gosling] again, he’s a fantastic human being. He is very kind, very sweet, very welcoming, and he made me feel very, very comfortable on sets,” added Dhanush. “And we have amazing mutual respect for each other. And it will be really, really great to work with him. Regardless [of] whether we’re fighting or not fighting with each other.”

The Russo brothers, Dhanush and Netflix hosted “The Gray Man” premiere in Mumbai on Wednesday, after which they attended a dinner hosted by Bollywood superstar Aamir Khan. The Russo brothers, who produced the India- and Bangladesh-set and India-shot Netflix film “Extraction,” plan to work in the region again.

“We love the vibrant film community here,” Joe Russo said. “There’s so much talent in India, the fan base is so passionate. We’d love to find as many projects as possible with Indian talent, producers, directors, actors. It’s exciting to us.”