Danny Strong’s Story to Success: How He Went From ‘Scrappy Work’ to Important Storytelling

When he was fresh out of USC’s School of Dramatic Arts in the mid-1990s, Danny Strong’s goals were modest. The future multihyphenate just wanted to be able to pay his rent with his earnings as an actor.

It took about 18 months, but he got there. And it wasn’t because he lucked into a cushy network series gig.

“It was scrappy work,” Strong recalls. “It was this commercial, that guest star role, this small part in a movie, that big part in a small movie. It was radio commercials, all of the above. And auditioning for endless animation jobs that I never booked.”Over time, Strong realized that while guest shots on “Seinfeld,”“3rd Rock From the Sun” and “Buffy the Vampire Slayer,” which later blossomed into a recurring role, allowed him to pay his bills, his career overall was not advancing.The frustration and “mild depression” that this brought on drove him to the work that would bring him his greatest satisfaction and his biggest successes: writing.

Strong’s latest project, Hulu’s “Dopesick,” is an Emmy front-runner thanks in no small part to a sublime performance from star Michael Keaton. The eight-episode exploration of the roots of the opioid crisis in America, from Disney’s 20th Television, is in keeping with a string of timely and provocative subjects he has tackled as a writer, producer and director.

The limited series unfolds from the dueling perspectives of the wealthy family behind OxyContin maker Purdue Pharma and the impact in small towns that were ravaged by the company’s aggressive marketing tactics and hard sell with doctors. The series, loosely adapted from the book of the same name by journalist Beth Macy, has been hailed for its clear-eyed look at the business decisions by the Sackler clan that helped fuel a triple-digit spike in opioid overdoses starting in the late 1990s.

For Strong, hearing members of Congress discuss “Dopesick” as part of hearings on the tragic consequences of opioid addiction has been mind-blowing. The reaction from all quarters has been nothing short of moving, even during production in Virginia in 2020.

“A lot of our crew members were from Virginia and North Carolina and places that have been devastated by this. It felt like we were on this collective mission, because it seemed at the time that there was never going to be accountability for the Sacklers,” Strong says.

“Dopesick’s” strong awards run to date — the show’s already won a Peabody Award and both Golden Globe and SAG trophies for Keaton — is adding more fuel to Strong’s fire as a writer-producer.

Strong scored a massive series hit in 2015 with “Empire,” the sudsy Fox drama that he co- created and executive produced with Lee Daniels for six seasons. In 2017, he made his feature directing debut with the J.D. Salinger biopic “Rebel in the Rye.” Strong made his mark as a screenwriter of 2014’s “Hunger Games: Mockingjay Part 1” and 2015’s “Hunger Games: Mockingjay Part 2.”

Roach was impressed by Strong’s work ethic and dedication to research on “Recount.” Strong took a journalistic approach of interviewing everyone connected with the George W. Bush and Al Gore campaigns to paint the most accurate and unbiased picture possible in the narrative retelling of the legal fight that settled the 2000 election in Bush’s favor.

“For a screenwriter, I’d never seen anything like it,” Roach says. “The work that Danny did made it feel more authentic and made us more confident about our portrayals. I feel very lucky to have gotten into Danny’s world.”

For Strong, it was writing that allowed him control of his destiny.

“Writing was the thing that got my mind off my career issues,” he says. “Acting gives you confidence, but when I was getting rejected, it was like a double blow. There was a lot of rejection that went on for a really long time and multiple fronts. It’s amazing that I kept [writing] at all.”

“Dopesick” was born when producer John Goldwyn reached out to Strong after “Rebel in the Rye” with the suggestion that he do a movie about opioid abuse. Strong’s research convinced him that the story was too sprawling to be contained in a feature film.

As it turned out, producer Warren Littlefield, who was also in business with 20th Television, was already working with “Dopesick” author Macy on an adaptation. After some discussions, the two projects became one, with Littlefield serving as an executive producer with Strong and Macy on “Dopesick.”

As a series, “Dopesick” was rejected all over town until FX stepped up with a development deal. Numerous drafts later, FX passed, much to Strong’s surprise. But the project had an important champion in Dana Walden, the Disney General Entertainment Content chairman who oversees 20th Television and Hulu.

“I literally view Dana Walden as the patron saint of ‘Dopesick,’ “ Strong says. “It got made because of her.”

Like many of Strong’s collaborators, Walden says the multihyphenate’s commitment to the projects he takes on becomes infectious.

“Danny is a passionate advocate for social justice, who uses his platform as a creator and entertainer to tell important stories that give voice to the voiceless,” Walden tells Variety. “His work is infused with powerful messages that move people, while also entertaining them. ‘Dopesick’ is a great example of how Danny is able to thread that needle. His vision not only garnered a loyal audience to Hulu that stayed engaged until the very last episode, but also received rave reviews and award recognition, including a Peabody.”

Strong knew that “Dopesick” was going to be an awards-caliber project once Keaton signed on. Production during 2020 was tough.

“It was a raging pandemic, with no vaccines in sight,” Strong says.

Keaton’s schedule required that his scenes be block-shot by inside of six weeks. It was a blessing in disguise, especially because of the depth of emotion that Keaton, in his role as country doctor Samuel Fennix, brought to his scenes with Kaitlyn Dever. She played a young woman struggling with addiction that began with the prescription he wrote to her for pain pills after a back injury. 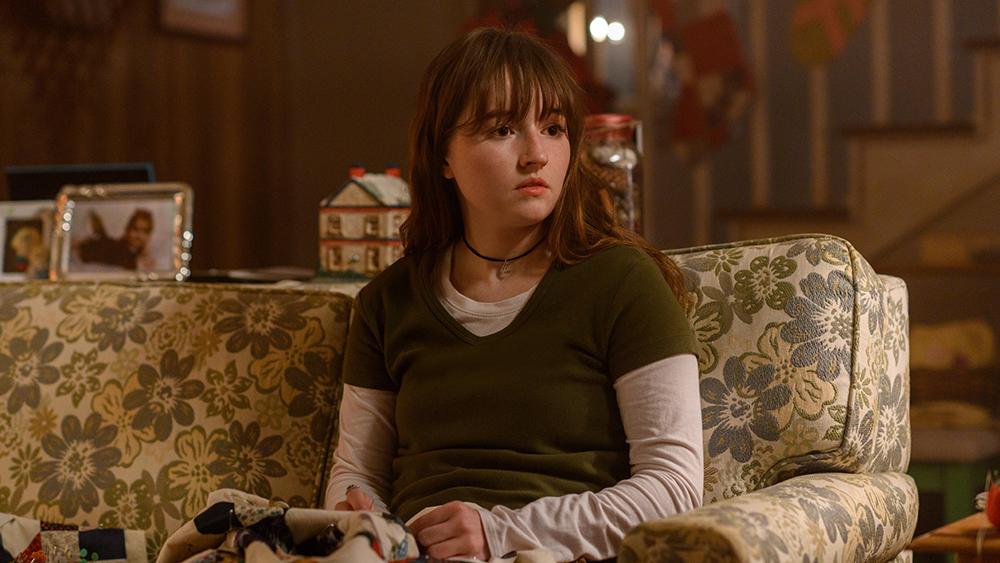 “No matter what happened, I knew I had gold for the rest of the shoot. Sometimes when you’re shooting, you start to wonder, is this going to be engaging? Is this going to work? Knowing we had his arc completed and knowing how brilliant he was made it easier,” Strong says.

As “Dopesick” barrels through Emmy season, Strong is happy to be held up as an example of using narrative storytelling to hammer home a real-world tragedy. The shifting POVs from the finery of the Sacklers’ world to the devastating toll that drug addiction takes on Dever’s character elicits a level of emotion that cannot be denied.

“To be able to show them coming up with these dishonest marketing campaigns, and then immediately cut to an everyday person who is just getting medication from their doctor and suffering because of the lies that we’re seeing created — it’s powerful,” Strong says. “It’s a really damning way to document what has occurred.”