Transatlantic production powerhouse Sister (“Chernobyl”) has optioned the rights to adapt BAFTA and Emmy winning screenwriter and longtime collaborator Abi Morgan’s (“The Split”) “This is Not a Pity Memoir.” Morgan will adapt her book for screen, and also direct and executive produce, with Sister co-founder and chief creative officer, Jane Featherstone (“Landscapers”). The memoir follows Morgan’s family life after a tragic change in her family circumstance.

Morgan said: “Working with Jane and Sister over the last few tumultuous years, they have been my running partners, given a unique birds eye view on the unfolding drama. As producers of some of the best film and television out there, there is no one else I would trust to help bring the deeply personal ‘This is Not a Pity Memoir’ to the screen.”

Featherstone added: “Abi has such an extraordinary gift for words, so while it should be absolutely no surprise that her memoir is such a beautiful and powerful book, it still stunned me. We’ve worked together for many years but her incredible strength in these last few, very challenging ones, has been deeply inspirational. I feel truly privileged to be able to work with her to bring this very personal story to the screen.”

“This is Not a Pity Memoir” will be produced by Sister and co-produced with Little Chick Ltd. The book is published in the U.K. by John Murray and in the U.S. by Sugar23, an imprint of HarperCollins. Global rights are handled by 42.

The Creatives consortium has launched Creative Connection, a think tank for writers and producers designed to strengthen new and established writing talent in Europe and increase the quality of high-end series and share knowledge and expertise. It aims to connect writers to the group’s network of producers, funding, broadcasters, sales companies and creative talents and seed development of European content in a safe and curated environment. The initiative, which has received funding from the European Commission, has hired Laura Gragg as head of program, who will oversee both the content and logistical aspects, with the aid of outside experts and consultants. Gragg has held various jobs involving development, acquisitions and sales at companies such as Pandora, Pathé International and TF1 DA.

Lil Critter Workshop, the Malaysian animation studio behind shows including “Hogie The Globehopper,” has set up a U.K. outpost in Bristol headed by Lil Critter’s co-founder and executive producer Walid Omar. The new studio will be focused on developing intellectual property, working with both freelance writers as well as IP owners, as well as working with U.K. and European talent, studios and co-production partners.It has already worked with Netflix, CITV, Cartoon Network and Discovery Kids. Lil Critter is currently planning to recruit senior development executives and creative staff for the U.K. outpost.

Omar said: “We hope that our fusion of talent and ideas combined with U.K. voices will enable us to create and tell stories that are full of energy, bold and fun.” 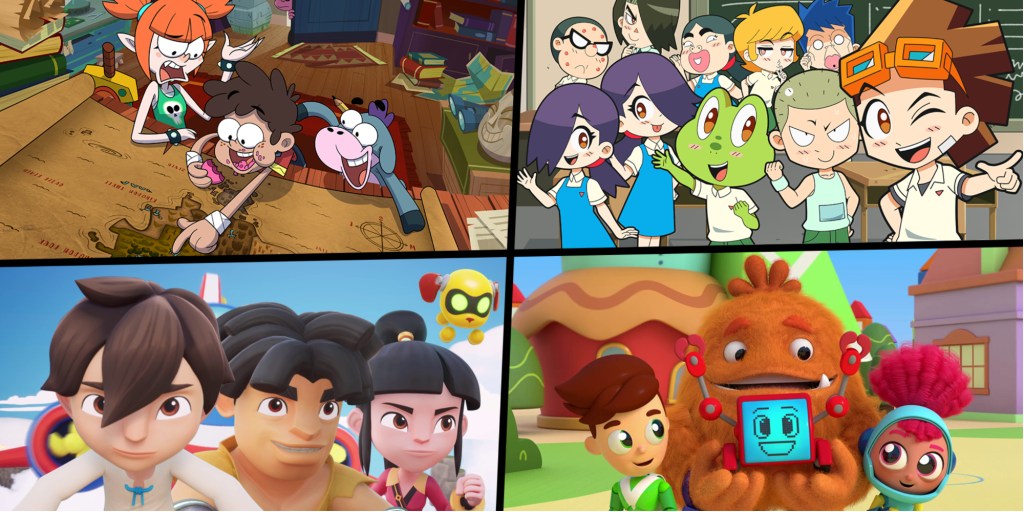 Acclaimed American filmmaker Tim Sutton, whose credits include “Pavilion” (2012), “Memphis” (2013), “Dark Night” (2016), “Donnybrook” (2018), “Funny Face” (2019) and “The Last Son” (2021), will be this year’s mentor at
European Film Promotion and Karlovy Vary International Film Festival‘s Future Frames – Generation Next of European Cinema program at the festival. Sutton will share his wide-ranging experience in filmmaking in a master class moderated by Variety’s Leo Barraclough. The program, which introduces emerging professionals to the film industry and media and presents their films to the festival audience, features 10 filmmakers are nominated by their countries’ national film promotion institutes, with the final selection being made by festival artistic director Karel Och and his team of programmers. Sutton will also present his latest film “Taurus” as part of the official festival line-up in Karlovy Vary (July 1-9).

U.K. broadcaster ITV has revealed the filmmakers and projects chosen as part of the Black History Month 2022 Fresh Cuts strand, at the ongoing Sheffield Doc/Fest, from more than 100 pitches featuring contemporary ideas capturing Black Britishness. The commissions include Jason Osborne‘s “Our Jubilee,” an alternative social history of Britain through the stories of Black Britons in the Queen’s Jubilee years; Louise Coleman’s “The Bottom Line,” exploring the popularity of controversial Brazilian Butt Lift surgery; Yemi Adegbulu‘s “Ink to Skin,” exploring tattoos in Black culture; Daniel Dempster‘s “Everyone Can Rap,” where everyday people are taught to rap in order to help express themselves; and David Adeyemi‘s “Black British and Basketball,” which follows the journey of two basketball players and their teams battling through the Ball Out 3 x 3 basketball tournament, highlighting the importance of the sport in Black communities and its place in the UK sporting landscape.

The strand was commissioned by ITV factual entertainment commissioning editor Satmohan Panesar. The filmmakers will be housed at Multistory Media, part of ITV Studios, with support and training from the ITV Creative Diversity team.