Amanda Seyfried Loved Playing Elizabeth Holmes in ‘The Dropout’: ‘F—, That Was Fun’ 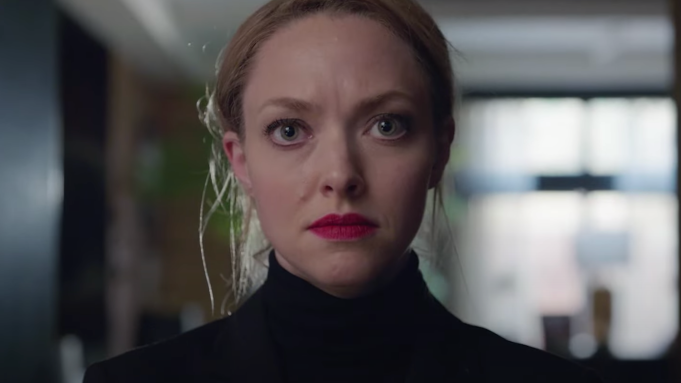 When it comes to portraying Theranos founder Elizabeth Holmes on screen, there are a few things essential to embodying the disgraced Silicon Valley scammer: the black Issey Miyake turtleneck, the blood-red lipstick and her unsettling gaze and baritone speaking voice.

Amanda Seyfried, who plays Holmes in Hulu’s upcoming series “The Dropout,” said it took her some time to feel like she had mastered Holmes’ vocal fry.

“I think it was probably like week two of shooting, because I was at work 14 hours a day and it was more muscle memory than it ever was at home,” Seyfried told Variety during the show’s premiere Thursday night at the DGA in West Hollywood. “In rehearsals. we were talking about the scenes and the story and the lines and then when I was really working I was like, ‘I’m here now, I’m warm, I’m comfortable and I think I can do this.’ I mean I guess we never really think we can do it, and then all of a sudden here we are on a red carpet.”

“But fuck, that was fun,” she said about playing Holmes. “But it was also kind of nuts that it’s real … I get to go home to my kids without having to deal with the consequences, I guess. So it’s bizarre.”

“She came up behind me when we were actually doing camera tests, so we weren’t shooting, but she came in the black turtleneck with the lipstick and went straight up to me with the voice,” Andrews said.

Alan Ruck didn't know much about Elizabeth Holmes before #TheDropout: "I saw her face on a billboard…I was like, 'bad lady did something bad in Silicon Valley.' I don't know." https://t.co/WlHPAsvL2W pic.twitter.com/zIZSTGY5xj

The mini-series, which will premiere its first three episodes on March 3, also features Kate Burton, Alan Ruck, William H. Macy, Laurie Metcalf, Elizabeth Marvel and Utkarsh Ambudkar. Andrews said all the actors were “emotionally involved” with their characters, and, in reference to Seyfried’s commitment to her role, added: “It’s a privilege to watch her do that.”