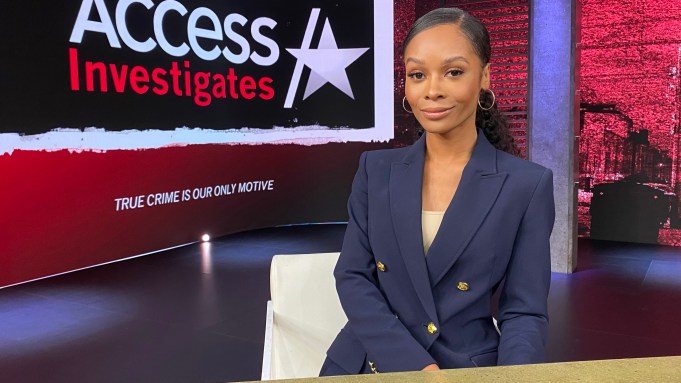 In an effort to put the spotlight on stories surrounding missing persons of color, “Access Hollywood” is teaming up with the Black and Missing Foundation for a monthly true crime segment that will bring focus to stories that are often left out of mainstream coverage.

Variety has exclusively learned of “Access Hollywood’s” special coverage initiative, which is intently designed to call attention to missing persons of color. The monthly on-air segments will be hosted by correspondent Zuri Hall.

The first segment will air tonight, as the entertainment news show digs into the case of Tiffany Foster, a mother of three who went missing in Georgia last year.

“It is my honor and privilege to play even a small role in highlighting the cases of missing Black men, women, and children in America,” said Hall, an “Access Hollywood” correspondent. “The fact that Black cases remain unresolved four times longer than those of our white counterparts is heartbreaking proof that there is so much more to be done in this fight for equity, parity and justice. Our lives matter. The work that the Black and Missing Foundation does is so vital to protecting, fighting for, and honoring these lives. I’m grateful to be a part of a show that is dedicated to amplifying our stories — including the painfully important ones — in such a meaningful way.”

“Access Hollywood” began its work with the Black and Missing Foundation earlier this year, highlighting the case of 39-year-old missing mom, Cynthia Bah-Traore, before formalizing a partnership for continuous coverage.

The hope of combining the foundation with “Access Hollywood’s” broadcast viewership and social media platforms is to spread the word and raise awareness that can bring in new leads, which could potentially help find missing members of the community.

“With so many missing people of color, and so little media attention given to each individual tragedy, we are confident this new collaboration with ‘Access Hollywood’ will have a great impact and will help us solve cases, reunite missing individuals with their families, and bring more attention to the countless missing children, parents, brothers, sisters, friends, members of our communities — who might otherwise be overlooked,” said the founders of the Black and Missing Foundation, Natalie Wilson and Derrica Wilson.

Not only are missing persons cases in the Black community resolved statistically lower than white cases, but the media’s handling is also disproportionate: cases regarding white missing individuals, such as the tragic stories of Gabby Petito or Natalee Holloway, have garnered widespread coverage and captured the nation’s attention, while Black stories are often overlooked. Cases such as the disappearance and murder of Laci Peterson, the kidnapping of Elizabeth Smart and the death of child beauty queen JonBenét Ramsey were so prevalent in the media, they became the source material for scripted and documentary television and film projects.

Setting itself apart from some of the other long-running entertainment news shows, “Access Hollywood” has frequently added true crime stories into their rundown, merging hard news with pop culture and celebrity.

“We have always prioritized the stories of missing persons in our entertainment news broadcast. This monthly collaboration with the Black and Missing Foundation is a way to ensure that our news program is giving fair, consistent coverage to those who might be otherwise left out of the media conversation,” said “Access Hollywood” co-executive producer, Jen Antonelli. “The ‘Access’ team is committed to taking our work for Black missing persons one step further, through this combined effort.”

Watch a clip above from tonight’s “Access Hollywood” segment, in partnership with the Black and Missing Foundation.