‘A Black Lady Sketch Show’ Renewed for Season 4 at HBO 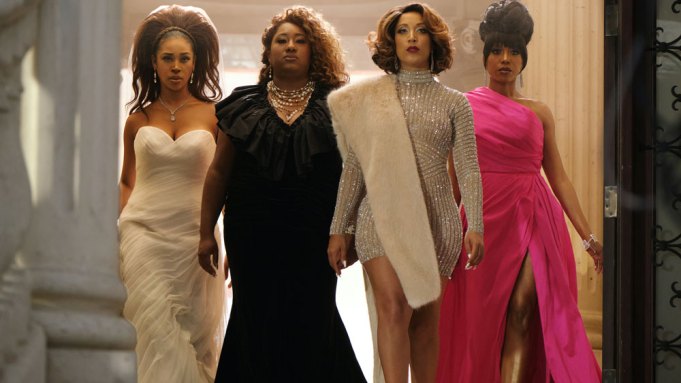 The Emmy-winning comedy series “A Black Lady Sketch Show” has been renewed for a fourth season at HBO.

“‘A Black Lady Sketch Show’ has created an indelible mark thanks to the trust and support of the incredible team at HBO,” said Thede, making the announcement. “We are ecstatic to be heading into a fourth season that means so much to our cast, crew and the dedicated audience who so passionately loves our show.”

Noted Amy Gravitt, EVP of HBO Programming: “Robin, Gabrielle, Ashley and Skye brought so much life to each character they portrayed in every sketch. We’re beyond excited to explore even more comedic worlds with a fourth season of ‘A Black Lady Sketch Show.’”

With Emmy nominations for outstanding variety sketch series for its first two seasons, among others, the show made history in 2021 when its trio of editors — Daysha Broadway, Stephanie Filo and Jessica Hernández — won the Emmy for outstanding picture editing for variety programming. They were the first team of women of color to earn the prize.

Following that victory, Thede and the “Black Lady Sketch Show” team continued to up the ante into the show’s third season, with the creator promising an “epic” return, with more guest stars and zanier characters (and wigs) than ever before.

“It’s huge. You’ll see from the moment the first sketch starts, it is an event,” Thede declared in an interview with Variety ahead of the premiere episode.

“We have over 40 celebrity guest stars. We have humongous set pieces, stunts, choreography, original music, it’s just jam-packed,” she explained. “You’re going to get the most sketches you’ve ever gotten. We’re going to stretch that half hour within an inch of its life.”

The season also offered answers about why the core characters (played by Thede, Dennis, Black and Townsend) have been stuck in that underground bunker at the presumed end of the world. Now that a fourth season is official, fans can expect to “see see see” more of these classic characters in action, with only the limits of Thede and the writers’ imaginations to determine what they’ll get into next.

Alongside Thede, who is also credited as a writer and executive producer on the series, “A Black Lady Sketch Show” is executive produced by Issa Rae for Hoorae; Dave Becky and Jonathan Berry for 3 Arts Entertainment; and Tony Hernandez and Brooke Posch for JAX Media.

All three seasons of “A Black Lady Sketch Show” are available to stream on HBO Max.