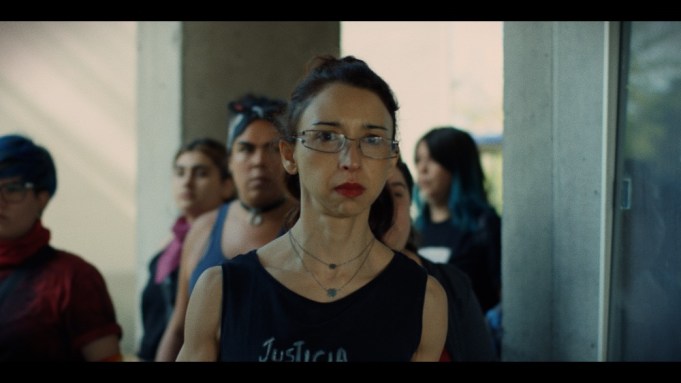 Few productions set to air in 2022 promise the emotional impact and political urgency of “La Vida de Nosotras,” which translates to “Our Lives” in English, a five-part short-form series telling the true stories of 16 women – three or four per episode – who suffered from, fell victim to or overcame patriarchal violence.

“La Vida de Nosotras” boasts an impressive cast in front of the camera as well, including cinema standouts such as “The Maid” lead Catalina Saacedra; Alejando Goic, who starred in Pablo Larraín’s Berlin Jury Prize-winner “The Club”; “Violeta Went to Heaven’s” Francisca Gavilan; and Amparo Noguera, who recently starred in “La Jauria,” one of Variety’s top international series of 2020.

Each episode of the series starts with the testimonial of its protagonist or a family member, who introduces their story. The screenplays were written with the goal of visualizing, denouncing and raising awareness of the problems caused by gender violence, one of most pressing cultural and political issues being confronted across much of Latin America in recent years.

“This series was built, from the beginning, with the understanding that violence against women is a structural problem; that is, it’s at the very base of our society and exists as a continuum, because women suffer violence from birth until we die,” explains Barrera. “This, at the same time, implies understanding that such violence has different manifestations, ranging from the most extreme forms, such as femicides, femicide punishments and femicide suicides, to sexual violence, street and labor harassment and sexist education, among others.”

Unwilling to dwell on the evils of gender violence, the series casts a heroic light on many of its varied protagonists. Women from different races, economic backgrounds and disparate geographical settings are painted not only as victims, but as survivors.

“The concept of ‘resistance’ was key to the construction of the episodes. As a director, I think it is essential that women who have or are suffering violence see in this series possibilities to leave that circle, mainly through support networks of other women,” says Barrera.

BTF Media funded and produce the series, with financial support from the National Television Council of Chile. The series is currently in the final stages of post-production and actively seeking global broadcast partners.

Barrera credits the production team and her crew for creating an environment conducive to producing this type of series.

“It is important to highlight the creative freedom that I was given from the beginning of this project, allowing me to to approach it from a feminist point of view. In that same sense, the collaborative work with a crew composed of 70% women and having worked with Hernán Caffiero, Francisco Cordero and Ricardo Coeto, were key to being able to create a series with a feminist perspective and with high production value, respectively.”