Continue to Variety SKIP AD
You will be redirected back to your article in seconds
Dec 1, 2022 12:08am PT

‘The Head’ Season 2 Gets a First Teaser Trailer (EXCLUSIVE) 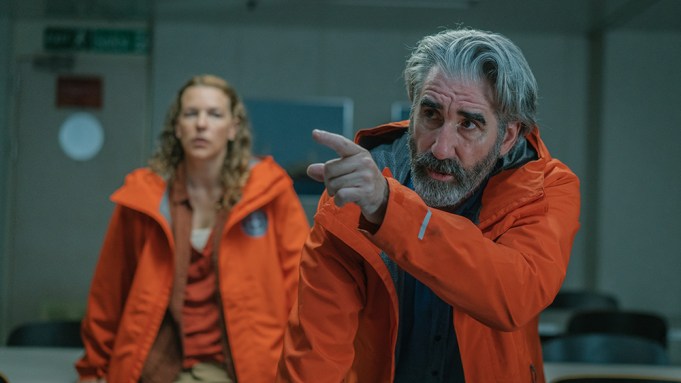 The Mediapro Studio has dropped a teaser for “The Head” Season 2, with first footage in the run-up to its simultaneous premiere on HBO Max in the U.S. and Spain on Dec. 22.

Season 2 rolls off a first season which has proved one of Spain’s biggest breakout hits, sold by the The Mediapro Studio Distribution to over 90 countries including top-echelon players HBO Max for the U.S., plus Starzplay (U.K., Germany), Canal Plus (France), and Amazon’s Prime Video (Italy, Netherlands).

It also played to positive critical reactions. “Watching this, I could practically feel the ice crystals forming on my beard – and I don’t even have a beard,” Suzi Feay wrote in The Financial Times.

Produced once more in association with Hulu Japan, Season 2, whose teaser-trailer has been shared in exclusivity with Variety, is described  by TMS as an “action-packed suspense thriller.” Nothing in the teaser belies that billing. Season 2 retains many of the hallmarks of Season 1: Isolation; a survival thriller come murder mystery; no police until maybe near the end, a quick shot of soldiers with night lenses suggests; and, again, a decapitated head, making an early appearance.

But it’s also a step up in scale from the first season, the teaser’s first image a drone shot of a real-life tanker, Alexandria in the series, 144 meter long by 22 meters wide tanker, capable of carrying 12,000 tons of containers, Drector Jorge Dorado, back from Season 1, shot on board it with actors for three weeks.

Arthur Wilde (John Lynch, “The Terror,” “The Fall”), in Season 1 head of Polaris VI’s scientific mission in the Antarctic, and Maggie (Katharine O’Donnelly, “Mary, Queen of Scots”), the station’s young doctor, are both on board, again seeking a solution to climate change.

But Arthur is a different man, in many ways,  a Mipcom presentation of “The Head” Season 2 made clear: Broken after a year in prison, terrified of Maggie, and reunited with his daughter, Rachel, played by Olivia Morris (“Hotel Portofino”).

Arthur is keen to prove his worth to Rachel; her feelings for her father evolve from scorn to pity to trust, Morris said at Mipcom.

A body is seen in floating inertly in the ship’s lab’s tank; most characters are caught searching, fearful, looking, pointing or reacting to someone or something off-screen; or seemingly experiencing a dawning realisation; and finally in violent conflict.

“Welcome to the loony bin,” Maggie says sardonically, caught in extreme close-up, with a slight air of a master of ceremonies, though “The Head” is notorious for creating red herrings – such as nearly all of Season 1.

The trailer concludes with Season 2’s logline: “In the middle of the ocean, there is nowhere to run.”

Tellem serves as executive producer on Season 2 together with Laura Fernández Espeso, Javier Méndez,  Bernat Elias and Mariano Baselga, who also features as head writer of a writers’ room which included  Catalan playwright Jordi Galcerán (“The Method,” “Burundanga,” “Carnival” and “El Crédito”), Issac Sastre, one of the screenwriters on the previous season, and Brazil’s Cauê Laratta.