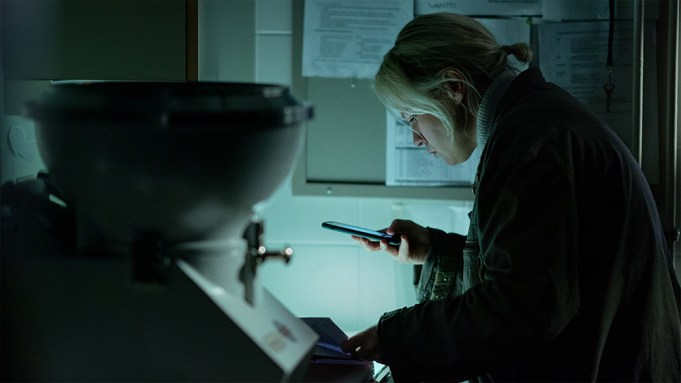 Helsinki-based Tekele has unveiled the international trailer of its first premium crime drama “Transport”, which is in the running for this year’s Nordisk Film & TV Fond Prize for best Nordic TV screenplay. The prestigious award will be handed out Feb. 2 during Göteborg’s two-day TV Drama Vision confab.

The eight-part series delves into the criminal activity of horsemeat trafficking and money laundering in Europe. It’s about ordinary people, under pressure, who somehow get involved, while a young journalist investigates the case of a microchip found in baby food. Toplining the show are Emmi Parviainen (“Shadow Lines”), Maria Heskanen (“Everlasting Moments”), Ville Virtanen (“Bordertown”) and Geert van Rampelberg (“De Infiltrant”).

“Transport” is the first major European premium TV show produced by fast-expanding Tekele, founded by seasoned producer Miia Haavisto (“Tom of Finland,” “The Unknown Soldier”). Speaking about her Belgium co-production partners Jonnydepony, she said: “They are far ahead of us in drama production and having their expertise on board was a real treat.”

Haavisto praises the talent of creator Mantila, a part-time Euro-certified farrier who penned the story, loosely based on a personal experience.

“She had the story universe in her head and knew the actors really well. Having Mantila as sole writer-director saved time and money and brought cinematic quality to the show.” The premiere on Finnish pubcaster Yle is set for March 25.

A 2018 Producer on the Move, Haavisto says her plan for Tekele is to deliver one major international TV drama, one short-form local TV drama and one-or-two feature films each year.

Currently in development is the explosive youth series “The Short Fuse,” produced by Tekele’s Julia Elomäki for Yle. The story of bullying and revenge at a junior school is directed by Petra Lumioksa (“Now That You’re Mine,” “Bull by the Horns”) from a script by new writing talents Janne J. Vanhanen, Pilke Salo and Milla Tuokkola.

On the film side, projects in development take in “The Beast Friend,” to be pitched by debut writer-director Lauri-Matti Parppei and producer Elomäki at the Discovery section of Göteborg’s confab Nordic Film Market.

It’s a modern-day psychosexual fable of co-dependency and abusive relationships between a young woman and a big bear, to be lensed as a chamber drama with touches of horror and magic realism.

Set in multi-ethnic Eastern Helsinki where Greek-Finn Delikouras grew up, the €1.3 million ($1.47 million) youth drama follows a former pro-soccer player turned gym teacher, who gets help from his students to get his life on track. Lensing is due to start this summer on the SF Studios release.