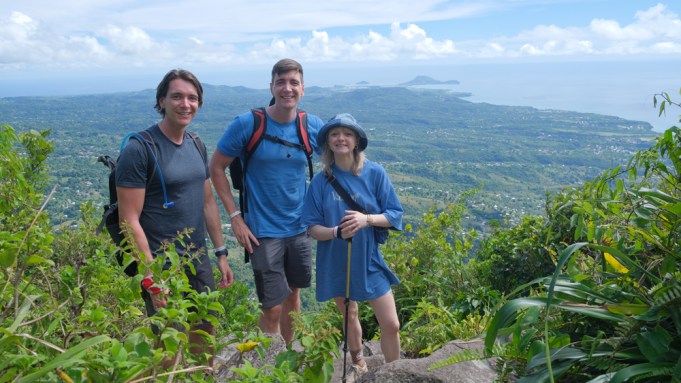 The trailer has debuted for six-part travel and magic show “Fantastic Friends,” which is hosted by James and Oliver Phelps, a.k.a. the mischievous Weasley twins of Harry Potter fame.

“Fantastic Friends” is part adventure-travel series, part magic-infused challenge show and part a celebration of friendship. Produced and directed by Emmy Award-nominated filmmaker Daniel Sharp (“Vikings: The Rise and Fall,” “Disasters Engineered,” “Top Gear America”), each episode sees the Phelps twins travel to a destination to meet up with one of their famous friends, who then take on the role of tour guide.

The action moves from Iceland to Ireland, from St. Lucia to Dubai, as the twins expand their horizons and explore new worlds, while engaging in a series of magic-themed challenges and competitions.

Dash Pictures’ show launched on Bell Media’s Crave in Canada on June 17, and is rolling out on HBO Max in Europe, Middle East and Africa on July 2, and on TVNZ in New Zealand on Aug. 6. Off the Fence is selling the series internationally.

Dash Pictures is now in production on a second six-part season of “Fantastic Friends,” produced by Daniel Sharp and Agata Pieczynska (“For the Love of the Game,” “Prince Harry in Africa”).

Stefanie Fischer, OTF’s managing director of sales, said: “Daniel and the team at Dash Pictures have great access to some of the world’s best talent and Oliver, James and friends don’t disappoint. With their global and loyal fan base, we knew we’d be able to attract an array of broadcasters and platforms. The series is a fun, fresh and original travel series, with stunning locations to go alongside it.”

Sharp said: “It has been great to be able to travel again and to create this fun, daring and innovate series. It was a real pleasure to be joined by James and Oliver, who not only starred in the series but worked as hands-on execs throughout, bringing on guests as we went along. Having Martin Blencowe, the founder of Cameo, as an EP was a huge plus as he is just brilliant at putting the right talented people together.”