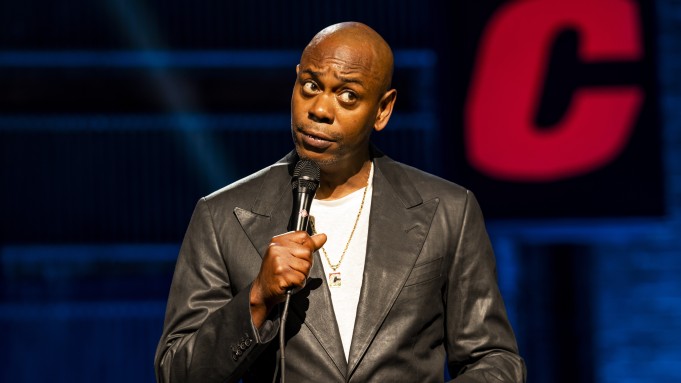 Three of the world’s biggest comedians — Dave Chappelle, Louis C.K. and Ricky Gervais — all released specials that drew controversy during the last year. While all three have received Emmy recognition in the past, only one of them received a nod on Tuesday for his latest high-profile work. Chappelle’s controversial Netflix special “The Closer” is nominated for variety special and directing for a variety special.

Chappelle’s “The Closer” drew criticism for language criticized as transphobic and caused a walkout at Netflix. Yet he has defended the work, including with the recent release of a 40-minute speech on Netflix last week. Despite the controversy, “The Closer” nabbed two guild award nominations at the beginning of the year, from both the Directors Guild of America and Producers Guild of America. Previously, Chappelle has won five Emmys. He also received a nod last year for “8:46 – Dave Chappelle” in the outstanding variety special (pre-recorded) category.

C.K.’s “Sorry,” which came out in 2021, was his second self-released special since his career slowed down after admitting to sexual misconduct in 2017. His first post-admission special, 2020’s “Sincerely Louis C.K.,” won best comedy album at the Grammys. Through his career, C.K. has won six Emmy awards. Most recently, he received a nod for his standup in 2017 for “Louis C.K. 2017.”

Gervais’ 2022 special “SuperNature” received blowback for material mocking trans people. The comedian has won two Emmy awards in the past and was last given a nod for his standup in 2009 with “Ricky Gervais: Out of England — The Stand-Up Special.” Gervais has consistently dismissed the controversy, most recently writing on a July 9 tweet, “Thanks to everyone who watched #SuperNature and laughed, and to everyone who watched it and complained. You all helped it become the most watched special in the world.”