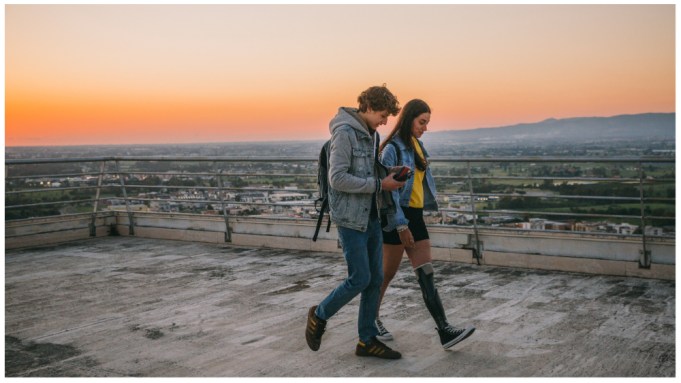 Prime Video’s Italian original series “Prisma,” which launches on Aug. 10 from the Locarno Film Festival, sees the streamer revisit the theme of gender identity fluidity after “Transparent” while catering to a young adult audience and also connecting with Italy’s neorealist roots.

The eight-episode show (watch exclusive clip) – which marks the first TV series to premiere at the prominent Swiss fest dedicated to indie cinema – is centered around identical adolescent twins Marco and Andrea, who challenge gender norms in different ways, along with their group of friends who are also going through a similar journey.

“Prisma,” which will drop globally on the streamer on Sept. 21, is set in the city of Latina, just south of Rome, and its surrounding area, which used to be a swamp until the land was drained under Fascist rule. The area is now known for modernist architecture and fertile agriculture.

“Prisma,” which means prism in Italian, is the brainchild of Ludovico Bessegato,  who has gained local prominence as showrunner of “Skam Italia,” the Italian adaptation of the Nordic young adult drama that’s made a splash in Italy and plays on Netflix.

Bessegato, who directed “Prisma,” wrote the screenplays with Alice Urciuolo, a writer who hails from the Latina area.

“Five years ago, purely by chance, I had the opportunity to tell stories about people younger than I am, mentored by Norwegian show runner [and Skam creator] Julie Andem,” Bessegato said in his director’s statement.

Now “After five years on this journey, I felt the need to take everything I learned and try to do something that is completely ours,” he added.

“We started with the following fact,” Bessegato noted.

“All those years of meeting people younger than us had clearly shown us how many of the dualisms that up until my generation had been unshakeable dogmas, were no longer so for them.”

“And we’re not just talking about sexual orientation and identity. We are talking about a generation that seems to live and choose the spaces in between in the broadest possible sense.”

No longer normal, no longer different. Only an infinity of unique existences. We borrowed the image of the optical prism, which manages to break down light, only apparently white, into the infinite spectrum of colors that composes it.”