Continue to Variety SKIP AD
You will be redirected back to your article in seconds
Jul 15, 2022 5:04pm PT

‘Where the Crawdads Sing’ Star Daisy Edgar-Jones on Working With Reese Witherspoon, Taylor Swift and ‘Cockroach Run-Ins’ While on Location 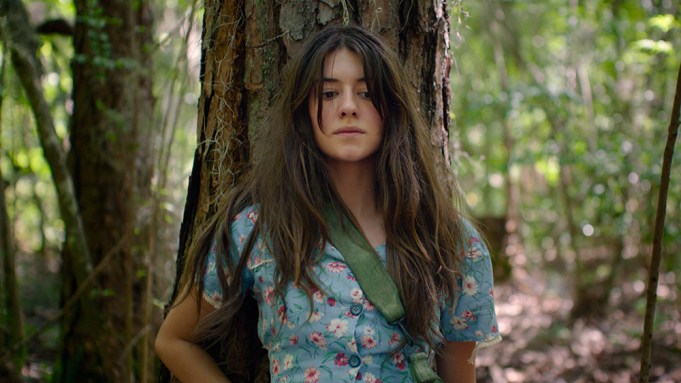 Based on the novel of the same name by Delia Owens, Sony’s “Where the Crawdads Sing” follows a young girl named Kya who learns to survive on her own in a swampy North Carolina marsh after she’s abandoned by her family. Kya (Daisy Edgar-Jones) goes on to publish several illustrated books about the local environment.

During the four-month shoot in the marshlands near New Orleans, the cast and crew experienced a series of obstacles ranging from alligator encounters to weather-induced shutdowns. On the red carpet, the film’s stars shined a light on how the environment helped them further immerse themselves into their roles.

Taylor John Smith, who stars alongside Edgar-Jones as Tate, says the crew wouldn’t have been able to make the same type of movie if they were filming on a soundstage.

“What’s so beautiful about this book is the marsh is one of the characters of the film,” Smith told Variety at the movie’s red carpet premiere on Monday at the Museum of Modern Art in New York City. “I’m so grateful we got to film in New Orleans with the gators and the snakes and the humidity. There’s almost a thickness in the air when you watch the movie, like a hot heavy air that you can feel.”

He continued, “I’m really grateful that it was on location. If it was on a soundstage, it would feel a little bit fake and false or forced.”

Ahna O’Reilly, who portrayed Kya’s mom in the film, echoed Smith’s feelings and revealed that the marsh environment affected her body language.

“There’s nothing like being in an actual environment,” O’Reilly told Variety. “As an actor, that thick humid air affects how you move, how you breathe, how you walk, just your body language. You can’t fake that.”

Screenwriter Lucy Alibar highlighted how the swamp serves as a larger metaphor for Kya’s story.

“The swamp symbolizes that wild things can’t be tamed, and Kya’s spirit can’t be tamed,” Alibar told Variety. “She’s a wild creature, just as much as the marsh and the seagulls. There’s a part of that in all of us.”

She went on to share a story about how a skunk bit Jojo Regina, who plays the younger version of Kya.

“We had this wonderful skunk on set that was a really badly behaved actor and bit little Jojo, who might’ve come through as a real method actor,” Alibar said.

Regina later revealed on the carpet that she got to befriend the skunk and was even able to feed it.

“The skunk was really nice at first and then it nipped me, but it’s okay. I mean, it’s an animal,” Regina told Variety. “It was so fluffy and it was really cute. It was underneath Kya’s house, I actually got to feed it. We fed it a biscuit. I’m not sure what it really eats!”

Edgar-Jones shared her own shocking encounter with a swamp critter.

“I accidentally tumble-dried a cockroach, which was a shock,” Edgar-Jones said. “I took my wash stuff out of the dryer and this perfectly dry-cleaned cockroach fell on the floor. I was not very pleased by that. So yeah, a couple of cockroach run-ins, but otherwise I was okay.”

“I wouldn’t move there,” Edgar-Jones said about the North Carolina marshes. “But it was very beautiful. It was also nice to rent a car and have access to air conditioning.”

Edgar-Jones also talked to Variety before the premiere about Taylor Swift writing and performing “Carolina” for the film’s soundtrack. She hasn’t met the music superstar yet, but already knows what she’d like to talk to her about. “I’m just such an admirer of hers,” Edgar-Jones said. “But also being in the industry as a young woman from such a young age and how she’s managed to navigate this industry and fame so gracefully. Also she has such an artistic integrity. I think that’s something I’d love to just talk to her about, how she sort of navigated the world that she’s in.”

Edgar-Jones and the cast have met Reese Witherspoon, who produced “Crawdads” through her production company Hello Sunshine. “She came on the prowl when she came to set,” Smith recalled. “She was quizzing us on all of her Southern slang. I remember [actor Harris Dickinson] learning that the plural of y’all is all y’all and his mind being opened.”

“Where the Crawdads Sing” is in theaters now.