Raven-Symonè Reflects on Her Career Longevity: ‘I Am Being True to Who I Am’ 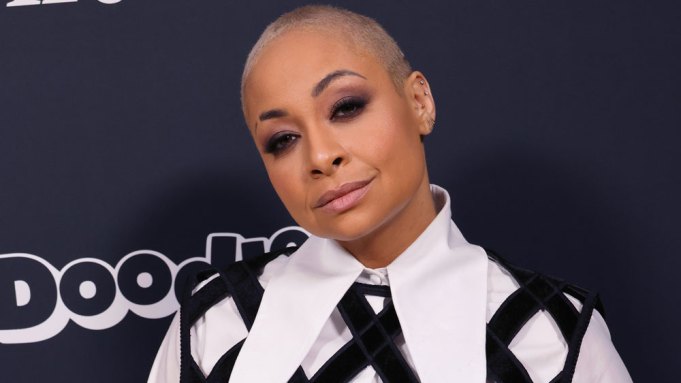 After making her TV debut at just four years old, Raven-Symoné has been a persistent presence in kids and family entertainment for more than three decades, particularly on the Disney Channel, where she rebooted her 2003 family sitcom “That’s So Raven” as “Raven’s Home” in 2017. It’s a type of longevity few have enjoyed, especially not among child stars — so what’s her secret?

“I’m supposed to say re-inventing yourself every time, but, ultimately, I’m not re-inventing myself. I am being true to who I am,” Raven-Symoné told Variety at the inaugural Family Entertainment Awards on Thursday night, where she was honored for her long-time contributions to the genre.

“As I continue to grow, others will see that as a reinvention, but it’s just growing into who I am,” she explained, noting that she’s not solely responsible for the original vision that got her to where she is today, but that she’s thankful to have had a team of people “to help push me to where I am.”

In her speech accepting one of the evening’s storytelling visionary awards, Raven-Symoné emphasized the need for children’s content that stimulates thoughtful conversation.

“Kids are the smartest people I know,” she told the crowd gathered at the West Hollywood Edition. “The family space and the kids’ space is worthy of bold, thought-provoking content. They can handle it.”

In dedicating herself to this genre, first as an actor and now an executive producer and director, Raven-Symoné has inspired a generation of women — especially young Black girls — who’ve followed in her footsteps. When Variety asked what it means when she hears young people refer to her that way, she replied: “I mean, I am honored, I’m quieted, and I’m like, ‘Let me work a little bit harder.'”

It’s her focus on being “the best me that I can be” that fuels her fight to make a difference in the business. “I don’t wake up saying I have to fight for everyone in the world, but I do wake up saying I need to fight for myself,” she clarified. “And hopefully someone else can take my journey from where I lay it and go to the next level… It’s about commitment. It’s about professionalism. And it’s about leading the way for the next one.”

Raven pointed to her young “Raven’s Home”co-star Mykal-Michelle Harris, who also joined her at the special event, as a prime example of that next one up. “I’m just like, ‘You could have it girl, here’s my torch.’ Just pay attention and always know it’s not just you out there – it’s hair, makeup, lights, writing – it takes a village.”

With the event taking place on the same day Congress sent the Respect for Marriage Act through to President Biden’s desk to be signed into law, Raven-Symoné also reflected on her LGBTQ+ activism and why she uses her platform to speak up on these issues.

“I’m in an industry where we have eyes and ears of millions, whether we want to or not. We’re in the homes of many people’s lives, whether we want to be or not. And if I have any chance of making a difference in this world, it’s going to be within that 30 minutes,” she said, reflecting on the “Raven’s Home’s” cast protest of Florida’s so-called “Don’t Say Gay” bill passed in March by participating in a walk-out, which she posted to social media. “We understand how important it is to fight for our rights.”

“And I’m fighting for my right, not just the masses,” she continued. “My wife [Miranda Maday] is here with me tonight. And there was a moment in my life — especially under the age of 18 — where I just never thought I’d be able to be at this kind of event and say ‘My wife is here.’ So I want to be able to say it’s possible.”

That’s why she’s following in the footsteps of the people who paved the way for her to be able to live openly and who fought to push that needle forward.

“I’m doing what I can when I can,” she said, adding sheepishly. “I’m not the best at it though. There are so many other people that do a better than me.”