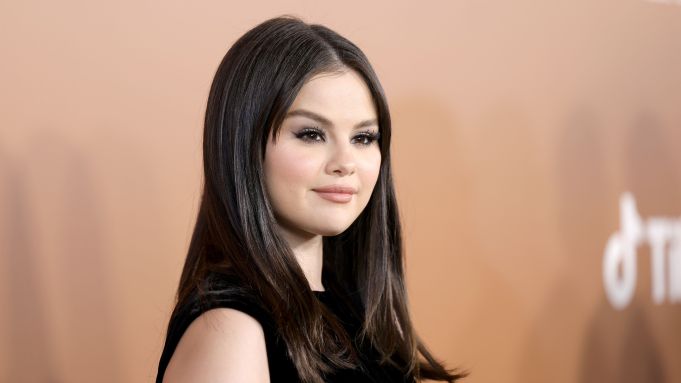 Gomez, who was honored with the Hitmakers Film Song of the Year award for “My Mind & Me,” used her acceptance speech to thank her fans for “letting me by myself” in her new Apple TV+ documentary of the same name.

Speaking to Variety‘s Marc Malkin on the red carpet, Gomez also teased new music on the way, which she described as “powerful, empowering” and “really happy.”

“I am so happy, and you’re going to be so happy when you hear the music, I promise,” Gomez said. “I want everyone to feel good when they hear the new record.”

Gomez also said she would love to collaborate with fellow Hitmakers honoree Lipa. Gomez praised Lipa’s ability to bring dance music back in such a big way, calling her “such a breath of fresh air.”

Lipa shared similar praise for Gomez and said she would “absolutely” love to do a “Selipa” collaboration.

Opening the event, Shirley Halperin, executive editor of music, said that after Variety spoke with over 150 Hitmakers and Hitbreakers, the main takeaway is that the industry is “sleeping on” R&B.

“You said the most pressing issue facing the music business today is oversaturation and overabundance of songs,” Halperin said to an audience of industry leaders. “A close second, third and fourth was the slowdown in new stars and artist development, concerns over streaming splits and issues of representation.”

Later on in the ceremony, Rita Wilson, presenting Kara DioGuardi with the A&R Award, energized the crowd with a rendition of Naughty by Nature’s “Hip Hop Hooray.”

A big theme of the ceremony was TikTok’s impact on this year’s biggest records, including GAYLE’s “Abcdefu” and Omar Apollo’s “Evergreen (You Didn’t Deserve Me at All).”

Put simply by Apollo himself, “I want to thank TikTok… changing my life and shit. It’s dope!”