The “Evergreen (You Didn’t Deserve Me at All)” singer also talks about his epic Twitter clap back after he was questioned about being queer. 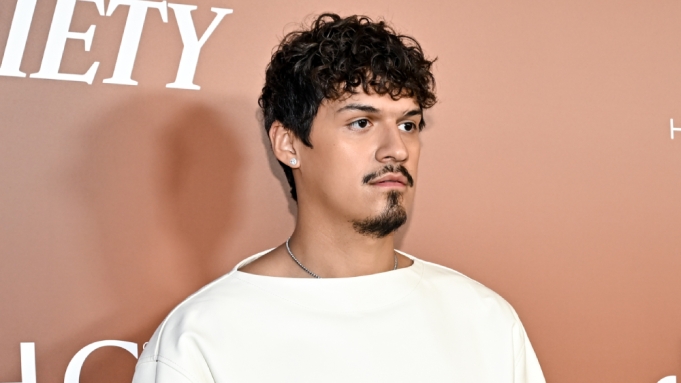 Omar Apollo never has a problem telling his truths.

The queer singer recently became a standout on Twitter when one user questioned if he was actually a straight guy queer-baiting the LGBTQ community by wearing nail polish and cropped shirts. Apollo clapped back with two very explicit replies about what he does in bed with men.

I asked him about his tweets on Saturday at Variety’s Hitmakers Brunch, where he was honored with the TikTok Future Icon Award.

“I said what I said,” Apollo said, smiling. “To be honest, I didn’t even think about it. I was at a dinner and I saw the tweet and answered and then ate dinner. At the end of the dinner, I looked at my phone and I was like, ‘Oh, no.’ It was so funny, my friend’s dad like saw it and I was like, ‘Oh, no, that’s kind of embarrassing.’ But it was great. He thought it was really funny.”

He also told me he was hoping to meet fellow honoree Selena Gomez, who was recognized with the Film Song of the Year Award for “My Mind & Me” at the brunch. “The Latina girls,” said Apollo, who is among the best new artist nominees at the upcoming Grammys. “We have to have the Latina girls take a photo.”

He recalled watching Gomez on “Wizards of Waverly Place.” “I was obsessed,” the 25-year-old “Evergreen (You Didn’t Deserve Me at All)” singer said. “I had a crush on somebody on the cast.”

That somebody, he said, was David Henrie.

And yes, Apollo was introduced to Gomez before the awards ceremony began. See the “Latina Girls” photo below.