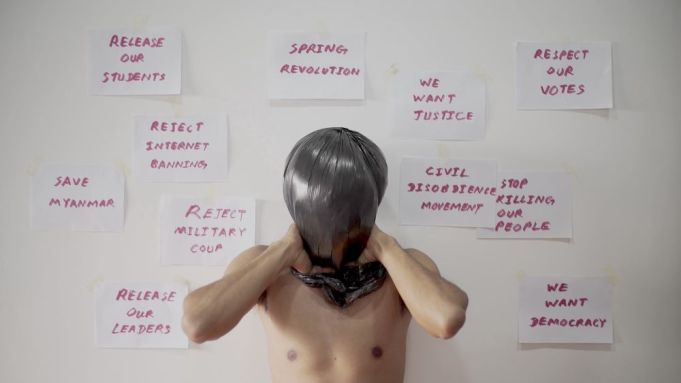 Austria-based agency Autlook Filmsales has picked up world sales rights to “Myanmar Diaries,” one of the first films to be selected for the Berlin film festival’s Panorama section.

The picture is Autlook’s only new title for the online edition of the European Film Market.

“Diaries” was made by anonymous group of filmmakers calling themselves the Myanmar Film Collective and was backed by Zindoc of The Netherlands. The members of the collective worked in Myanmar and smuggled out footage that documents what has been happening in Myanmar since the country’s military staged a coup on Feb. 1, 2021 and deposed a civilian government.

Helped by the world’s focus on the COVID pandemic, the Myanmar military has been able to conduct a brutal campaign to jail and torture members of the former government, disband much of civil society and use armed force against people living in regions where rebel and opposition groups have retreated.

The Myanmar military has also taken control of much of the country’s media, jailed local and foreign journalists and repeatedly blocked mobile and internet communications. Many journalists have fled into exile or hiding within the country. The result has been a significant news blackout from a country that is one of the largest in Southeast Asia and once was among its most economically advanced.

“Myanmar is a forgotten country. This film can change that by revealing these first-hand stories about people living under the terror military regime, which are very rarely found covered by the global media,” said Corinne van Egeraat, producer at Zindoc.

Van Egeraat and her director partner Petr Lom lived in Myanmar from 2013-2017 teaching film and documentary photography. While there, they made an earlier feature-length documentary “Burma Storybook.”

In the past year, the company has produced two other films from Myanmar: “Sad Film,” as 12-minute anonymously-made short about living in fear and the impossibility of filmmaking in Myanmar, which premiered in Venice this year; and “Letter to San Zaw Htway,” a 25-minute film about the inspiring Burmese artist and activist San Zaw Htway and his resistance to dictatorship, directed by Lom. The film premiered at IDFA last year.

“ ‘Myanmar Diaries’ is an act of empowerment, giving voice to those who are standing up against the brutality of the military and fight for freedom of expression. Corinne Van Egeraat and Petr Lom built up a precious relationship with young and established filmmakers in Myanmar. As a result, they received an extremely diverse set of journalistic, raw, emotional and creative short films. These films were edited to one strong voice of resistance that expresses their anger, fears and hopes. An urgent look behind the headlines covering the recent military coup in Myanmar,” said Autlook CEO Salma Abdalla.