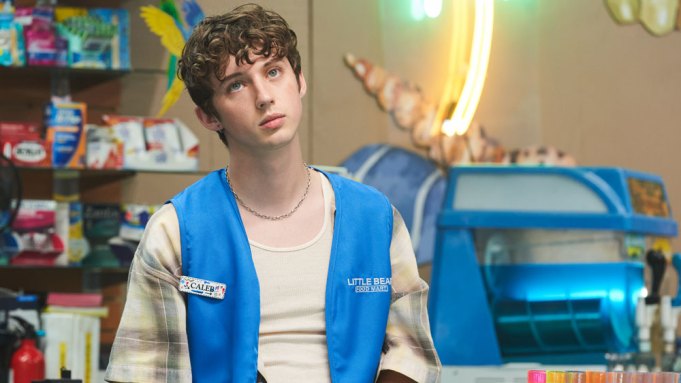 Troye Sivan remembers that first time he got tested for HIV. “I was in a new relationship and I wanted to have sex,” he recalls on this week’s episode of the “Just for Variety” podcast. “We both went and got tested and once we were all clear, it was all good to go.”

He also remembers learning about the virus that causes AIDS while growing up in Australia. “It was probably doom-and-gloom movies that were super heartbreaking,” Sivan says.

Things are much different today. Sivan stars in the new Paramount Plus feature “Three Months” as Caleb, a high school senior in Florida who learns he may have been exposed to HIV during a one-night stand. Written and directed by first-time filmmaker Jared Frieder, “Three Months” is a coming-of-age dramedy about young queer love and family. “Where are the stories that are painting the picture of what HIV is like today?” Sivan asks. “I think the thing that I hope that people pull from this movie is you are going to be okay, no matter what.”

“Acting is this thing that I’m just now starting to accept,” Sivan, who released his second studio album “Bloom” in 2018, says. “I’m filming [“The Idol”] at the moment and it’s been so consistent and for so long now… I’m finally starting to accept that this is part of my job, you know what I mean? And that maybe I’m an actor.”

Sivan has been out since the early days of his music career. He doesn’t necessarily have a problem with straight actors playing queer roles, but he wants Hollywood to try harder. “I would say to the people who are casting: ‘Have you really looked? Why are you casting that person?’”

Authentic casting can be “life-changing for someone,” especially queer youth, Sivan adds. “When they see themselves on the screen in a real way, it makes a big difference.”

When he was younger, he turned to gay icons for inspiration. “For some reason, I figured out how to illegally download ‘Like a Prayer’ by Madonna,” Sivan remembers. “And I put it on repeat in the Windows media player on the PC, out of the terrible computer speakers. And I ran in circles and skipped, and I just sang that song over and over, and over and over again. Looking back, I feel like if I saw my kid doing that, I would melt. It would just melt my heart because to me there’s nothing sweeter than seeing inklings of queerness in children, because I think it’s been something that’s been bashed out of us for so long that I just can’t wait to celebrate that in kids. It was moments like that where I don’t know why, but I was just so drawn to this flamboyant, camp, huge pop star.”

Speaking of huge pop stars, Sivan was recently handpicked by Beyoncé to star in a Valentine’s Day-themed campaign for her fashion line Ivy Park. “I got a message from the Ivy Park team and they were like, ‘B would love Troye…’ And I was like, ‘Yeah, fucking right. I do not believe this for one second,’” he says. “But it was true because I went and I did this thing and it was the greatest day ever. Unfortunately, Beyoncé was not there that day, but since then Beyoncé’s been putting it on Instagram stories and stuff. For my phone to light up and it was like, ‘Beyoncé’s mentioned you in her story,’ I needed to take a second.”

Hear the full interview with Sivan above. You can also listen to “Just for Variety” at Apple Podcasts or wherever you find your favorite podcasts.