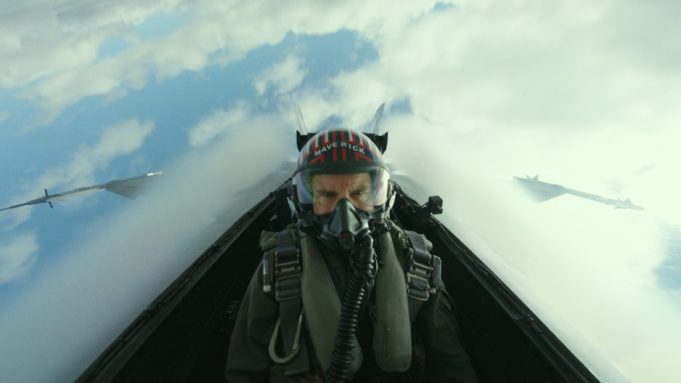 Audiences coming out of “Top Gun: Maverick” this weekend want to know one thing, are the actors really flying those fighter jets? The answer in short is, yes.

Tom Cruise, who returns as “Maverick,” is renowned for doing his own stunt work, and he wanted his stars Miles Teller, Monica Barbaro and Glen Powell to learn how to fly. That’s where the film’s aerial coordinator, Kevin LaRosa Jr., stepped in.

LaRosa Jr. worked with Cruise to put together an intense flight program that began with the cast flying in a smaller aircraft. “We started with the Cessna 172 and we took them through basic flying. This allowed them to see what it was like to take off, land and know where to look and put their hands,” LaRosa. Jr. explains. That starter plane also allowed the actors to get a feel of what a small g-force felt like.

And just like in a real training program, once the actors were comfortable with that, they graduated to the next level and it was onto the aerobatic airplane, the Extra 300. “This was similar to what the general public would see at an airshow where those planes do crazy maneuvers. It can pull up to eight g forces. It’s exhilarating,” says LaRosa Jr.

Again, the exercise would build up their G-tolerance. “That to me is almost like muscle memory. If I don’t fly for a long time, I might go up and get sick. But if I fly every day and pull those Gs, it’s almost like brain muscle and you’re going to get used to it, and get better.” He adds, “We built them up to the point where they were mainly not getting sick.”

Next was the L-39 Albatross. “This allowed them to experience a fighter trainer jet. When they graduated from that, we had aviators.” LaRosa Jr. adds some cast members are working on getting their full license. Glen Powell, who plays Hangman, did get his.

By the time the actors were put into F/A-18, LaRosa Jr. says, “They were confident and they felt good. They were used to those G-forces, and then they could focus on working with Joseph and Tom on telling this amazing story.” He continues, “They didn’t have to worry that they were in this high-performance fighter jet flying through canyons.”

As someone who has dedicated his life being an aerial coordinator, flying and teaching, LaRosa Jr. praises the talent of the cast. Barbaro, he says was the most impressive. “She absolutely killed it, and did a good job of adjusting to the physiological effects of everything.”

Equally as impressive was Powell, who got sick while filming the F/A-18 scenes. Says LaRosa Jr., “He would go and take care of his business and then get right back in the game. of the most impressive things was watching how some of the cast were able to process that and recover themselves.”

The training program set the actors up, so when they were ready to fly and film, Cruise’s determination of wanting the best performances possible were delivered.

For the mission training program that the pilots go on, LaRosa Jr. says the jet-to-jet photography allows audiences to go live with the fighter jets while IMAX cameras were mounted to the inside and outside of the F/A-18. “As the audience, it feels like we’re riding in there with them.” LaRosa Jr. adds, “When you mix all of those things together, you end up with the perfect mix of aerial storytelling.  It is a perfect blend of living with our actors who are absolutely in those aircraft, maneuvering and pulling G’s and also letting the audience see where we are to get spatial orientation and to see these aircraft maneuvering down low and in and around the training range.”