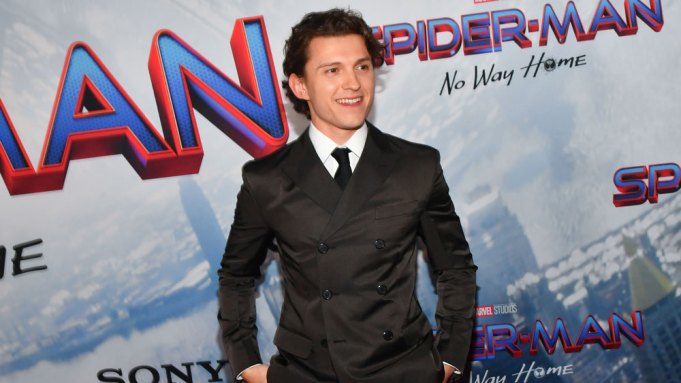 With Oscar nominations just around the corner — they’ll be announced on Feb. 8 — pundits wonder if Academy members will embrace a superhero movie by giving a best picture nod to “Spider-Man: No Way Home.”

Variety’s film awards editor Clayton Davis wrote in a Dec. 23 column headlined “Can ‘Spider-Man: No Way Home’ Swing Into Best Picture Race After Massive Opening?” that Spidey could be boosted due to its massive box office. “’Saving movie theaters’ is a powerful message that can resonate when filling out the best picture ballot,” Davis wrote, in part.

Even so, Spidey star Tom Holland is careful not to get ahead of things. “It would be a huge honor for it to be nominated for an Oscar,” the actor told me while promoting his upcoming action adventure film, “Uncharted.” “But I think I can speak on behalf of everyone at Marvel and Sony and particularly [director] Jon Watts, the fan reaction that we’ve received — the love and support — is enough.

“We have created something that has been such a culturally enriching experience for so many people, that watching those fan reactions to when Andrew [Garfield] comes through and Tobey [Maguire] comes through and Andrew saves Zendaya, I will never be able to live that down,” Holland continued. “That is just incredible. And for me, to be able to share that with the world is enough.”

Speaking of Garfield and Maguire, Holland praised the production team for getting the trio together on the big screen. “It was one of those things — it was a an idea for a long time and an idea that always seemed impossible,” he said.

Holland isn’t ruling out another Spidey reunion: “Could it happen? Of course it could happen. We’ve done it once before. Will it happen? I don’t know.”

Garfield told Variety shortly after the film was released that he was “definitely open” to coming back to the franchise “if it felt right.”