Pierce Brosnan Failed His ‘Batman’ Audition with ‘Stupid’ Note to Tim Burton: Who Wears Underwear Outside of Trousers? 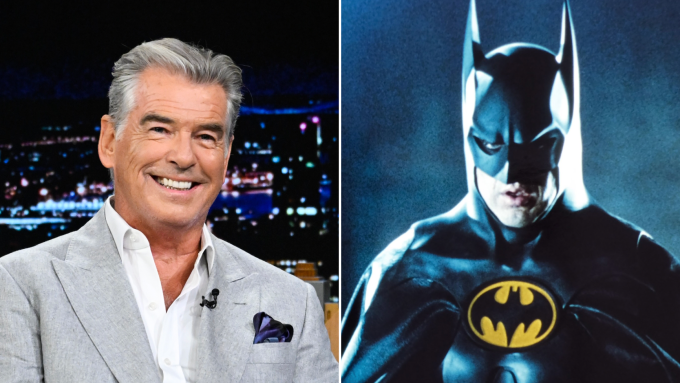 Pierce Brosnan is joining the DC Universe with his role as Doctor Fate in “Black Adam,” but in a different universe the James Bond actor might have been none other than Bruce Wayne. Brosnan revealed on “The Tonight Show” that he met with Tim Burton to audition for the director’s 1989 “Batman” movie, but a “stupid” comment cost him the role.

“It was the last thing on my mind to be playing a superhero like Doctor Fate,” Brosnan said, adding that he’s rarely been offered roles in superhero movies throughout his career. “No, not really no. I mean, I went up for ‘Batman’ way back in the day when Tim Burton was doing it. Obviously, I didn’t get the job.”

Brosnan continued, “I remember saying something stupid to Tim Burton, I said, ‘You know I can’t understand any man who would wear his underpants outside his trousers.’ But there you go…the best man got the job, and you know Doctor Fate and I were meant to meet on the same page I think.”

While Brosnan missed the boat on Batman, he still got a taste of franchise life with his role as James Bond. The actor joined the 007 franchise with 1995’s “GoldenEye.” Brosnan was recently asked by GQ about which actor should replace Daniel Craig as the news James Bond, to which he responded, “Who should do it? I don’t care. It’ll be interesting to see who they get, who the man shall be. Whoever he be, I wish him well.”