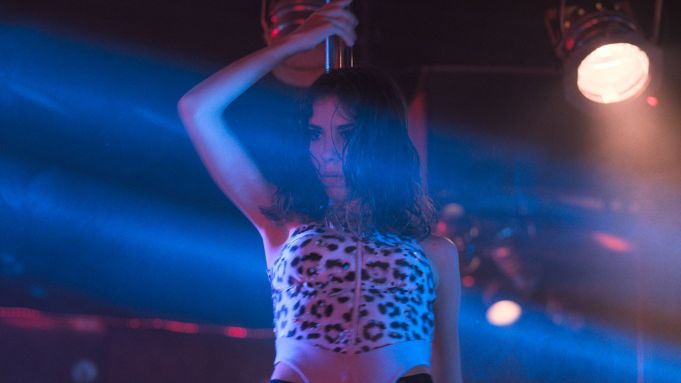 Le Pacte has unveiled a trailer for Christos Massalas’ “Broadway,” which will unspool in the Big Screen competition at the International Film Festival Rotterdam’s (IFFR) 51st edition.

Massalas’ feature debut, “Broadway” is supported by the Greek Film Center and the Sundance Institute. It was selected for the Sundance Screenwriters Lab and the Atelier Cinéfondation de Cannes in 2019.

The helmer’s previous shorts have been critically acclaimed, including “Copa-Loca” which played at Cannes’ Directors Fortnight in 2017. Born in Greece, Massalas was selected as one of the 15 emerging directors from around the world at the Locarno Film Festival in 2016.

Set in contemporary Athens, the movie revolves around Nelly, a young woman who rebels against her wealthy family and starts working at a strip club, where she meets Markos, a small-time gangster with charisma. Markos, who becomes her lover, brings her to Broadway, an abandoned complex squatted by a small community of artists and thieves living on the margins of society.

“The world of ‘Broadway’ started building itself in my head, little by little, through the years. I went on to make short films in the meantime and, along the way, I met the people who would become the invaluable clan of ‘Broadway’ — in front of the camera and behind,” said the filmmaker.

The Big Screen competition aims to bridge the gap between popular, classic and arthouse cinema. The festival, whose full lineup was announced on Friday, will run as a virtual festival on IFFR.com from Jan 26 to Feb. 6 for the second year in a row due to the COVID-19 pandemic.

“There is one word that comes to mind immediately when you watch the film, it’s ‘energy! This film blows your mind and we’re convinced Christos Massalas is a director to follow, he’s already made an unmissable first film with ‘Broadway,'” said Camille Neel, head of international sales at Le Pacte.