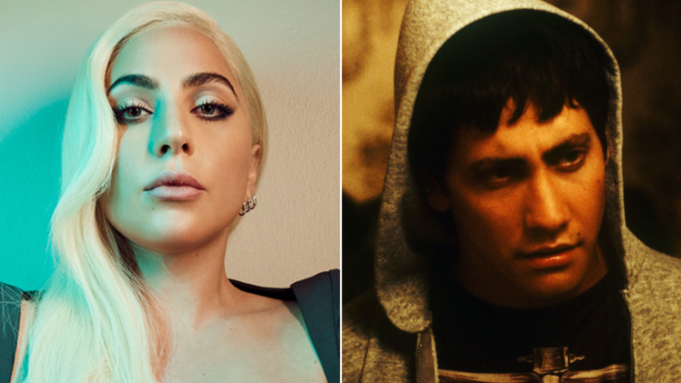 Lady Gaga is a big “Donnie Darko” fan, and she made sure to let Jake Gyllenhaal know when the two sat down to interview each other as part of Variety’s “Actors on Actors” series, presented by Amazon Studios. Gaga named “Donnie Darko” as a movie that inspired her when she was growing up.

“I don’t want to lie and tell you I haven’t seen it so many times,” Gaga told Gyllenhaal. “In the world of music, but in fashion as well, ‘Donnie Darko,’ it’s religion. It really is. And if you know your shit, you know ‘Donnie Darko.'”

“Donnie Darko” stars Gyllenhaal as a troubled teenager who has visions of a rabbit that tells him the world is going to end in just 28 days. The film, directed by Richard Kelly, was a box office bomb at the time of its 2001 release, but went on to become an enduring cult classic. The movie followed 1999’s “October Sky” in being an acting breakthrough for the young Gyllenhaal.

Along with “Donnie Darko,” Gaga also named “The Wizard of Oz” and “Goodfellas” as films that inspired her growing up. Gyllenhaal agreed on “Goodfellas” and also added “Searching for Bobby Fischer” to his list. Read the full exchange below.

GYLLENHAAL: What movies inspired you when you were growing up?

GAGA: Everything from “The Wizard of Oz” to “Goodfellas.”

GAGA: “Goodfellas” was a very important part of my life growing up. And Scorsese is the best ever. Also, “Donnie Darko.” I don’t want to lie and tell you I haven’t seen it so many times.

GYLLENHAAL: Really? OK. That just made my day.

GAGA: In the world of music, but in fashion as well, “Donnie Darko,” it’s religion. It really is. And if you know your shit, you know Donnie Darko.

GYLLENHAAL: I have never met Donnie Darko, but “Searching for Bobby Fischer,” that was a movie that hit me really hard.

GAGA: Cartoons. They have so much heart.

Watch Gaga and Gyllenhaal’s full conversation as part of Variety’s “Actors on Actors” in the video below.