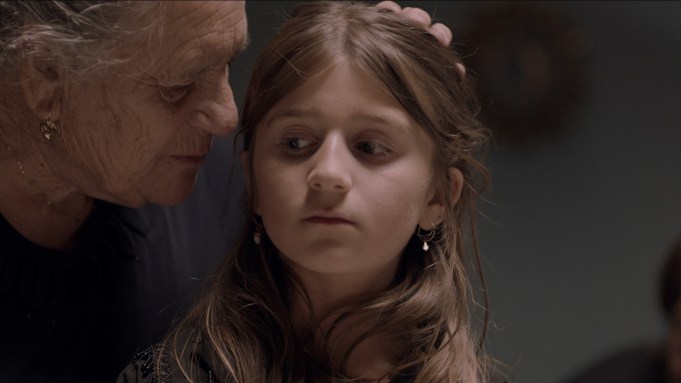 The Paris-based sales banner already hosted a press and industry screening for the film today and earned some strong reviews.

“Alma Viva” follows Salomé, a little girl who returns to her family village nestled in the Portuguese mountains for the holidays. As the holidays begin in a carefree atmosphere, her beloved grandmother suddenly dies. While the adults are tearing each other apart over the funeral, Salomé is haunted by the spirit of the one who was considered a witch.

“Alma Viva” is a personal project for Alves Meira, who was born in France to Portuguese emigrant parents and cast her own daughter is the role of Salomé.

The helmer said the “project was born out of a feeling of injustice that I felt when my maternal grandmother died.”

“I was in my twenties and saw my aunts and uncles tearing themselves apart over his remains over a vulgar question of money. She was not yet buried that we were already arguing about who was going to pay for her tombstone. She remained unburied for two years,” wrote the helmer in her press notes. She said the “brutality in human relationships struck (her) to the point of wanting to make a film of it.” The film was produced by Gaëlle Mareschi and Pedro Borges, and co-produced by Sébastien Delloye and Rachel Morte. Producers are Guillaume Marten, David Thion and Philippe Martin, Mathias Jenny and Thomas Berthon-Fishman.

Cristèle Alves Meira was trained as an actor and began her career as a theater director. She then directed a documentary in Cape Verde, “Som & Morabeza,” and one in Angola, “Born in Luanda.” She directed a few shorts, including “Campo de Víboras” and “Invisível Herói.”

Here is the trailer: